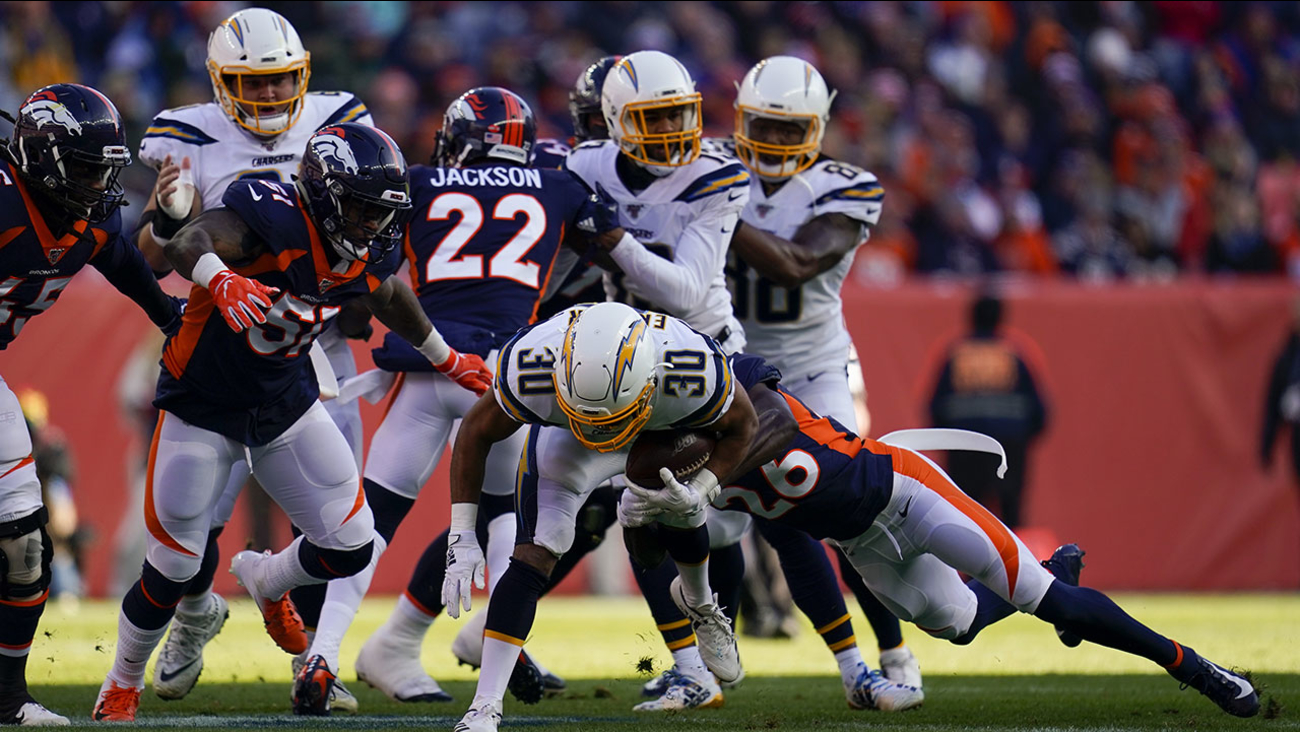 DENVER (KABC) -- Thanks to a pass-interference penalty in the waning seconds, the Denver Broncos beat the Los Angeles Chargers by a field goal 23-20 on Sunday.

The Chargers had managed to tie the game up on a field goal from Michael Badgley - who had missed a 55-yarder earlier in the game - with just 14 seconds remaining.

But a pass from quarterback Drew Lock was ruled interference by Chargers cornerback Casey Hayward Jr.

The 37-yard penalty set up a successful 53-yard field goal attempt from Denver kicker Brandon McManus, who was already 2/2 on the day.

The Chargers now drop to 4-8 in a season that has been marked by single-score losses.

Philip Rivers threw for 265 yards, with two touchdowns and an interception. He was sacked three times.

Lock was making his NFL debut on Sunday against the Chargers, with Joe Flacco out for the season due to a neck injury.

Lock replaced Brandon Allen, a waiver wire pickup from the Rams, who went 1-2 after Flacco went on IR at midseason with the Broncos at 2-6.

Lock, the second-round pick from Missouri, is the seventh quarterback to start for Denver since Peyton Manning's retirement 45 months ago.

Of those half-dozen QBs, only Siemian (13-11) had a winning record.

Von Miller's 95-game starting streak was snapped Sunday when he was deactivated with a left knee injury he sustained last week at Buffalo. Miller hadn't missed a game since Super Bowl 48 on Feb. 2, 2014, two months after he tore his right ACL in a game at Houston.