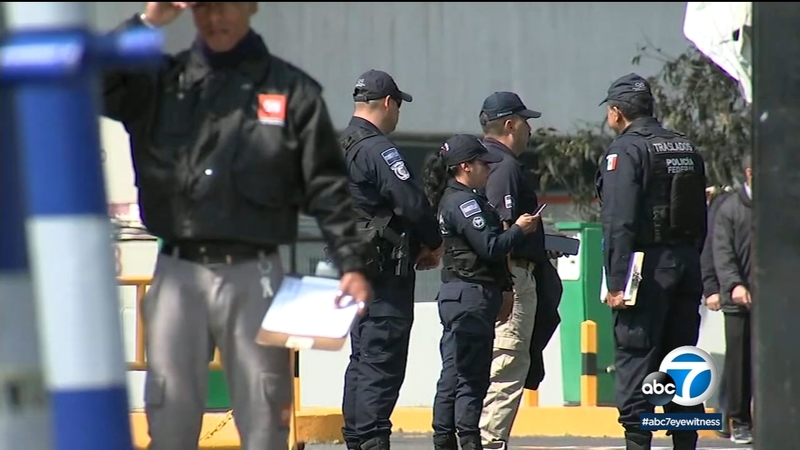 More than two million tourists visit Mexico City every year, with safety often a factor for travelers, especially with reports of rising drug cartel violence in the country.

But officials and tourists who spoke to Eyewitness News say the city itself is as safe as any other large metropolis.

One tool local law enforcement relies on is security cameras. There are 20,000 manned surveillance cameras spread throughout the city and metro.

"Honestly, just don't leave your stuff exposed or your cell phone sticking out because on the metro, they will pickpocket you. It's the pickpocket capital of the world, but other than that, Mexico City's got a lot of police and it's a nice place to visit," says tourist Ruben Ortega.

Edwin Henriquez suggests "you avoid the bad neighborhoods, get an Uber wherever you go and follow the big groups."

Ortega and Henriquez, both from L.A., are among the estimated 75,000 fans attending the Chargers-Chiefs game at Estadio Azteca Monday.

The safety of the thousands of people expected at the game is a priority for local law enforcement. They were at the stadium over the weekend making sure everything goes well on Monday.

"We are planning to have 3,400 active personnel at the game, along with 220 police vehicles to ensure the safety of the fans and players," says Francisco Avedano with Mexico City police.