Patrick Mahomes and the Kansas City Chiefs spoiled the debut of Chargers rookie quarterback Justin Herbert, who nearly pulled off a stunning upset of the reigning NFL champs.
AP 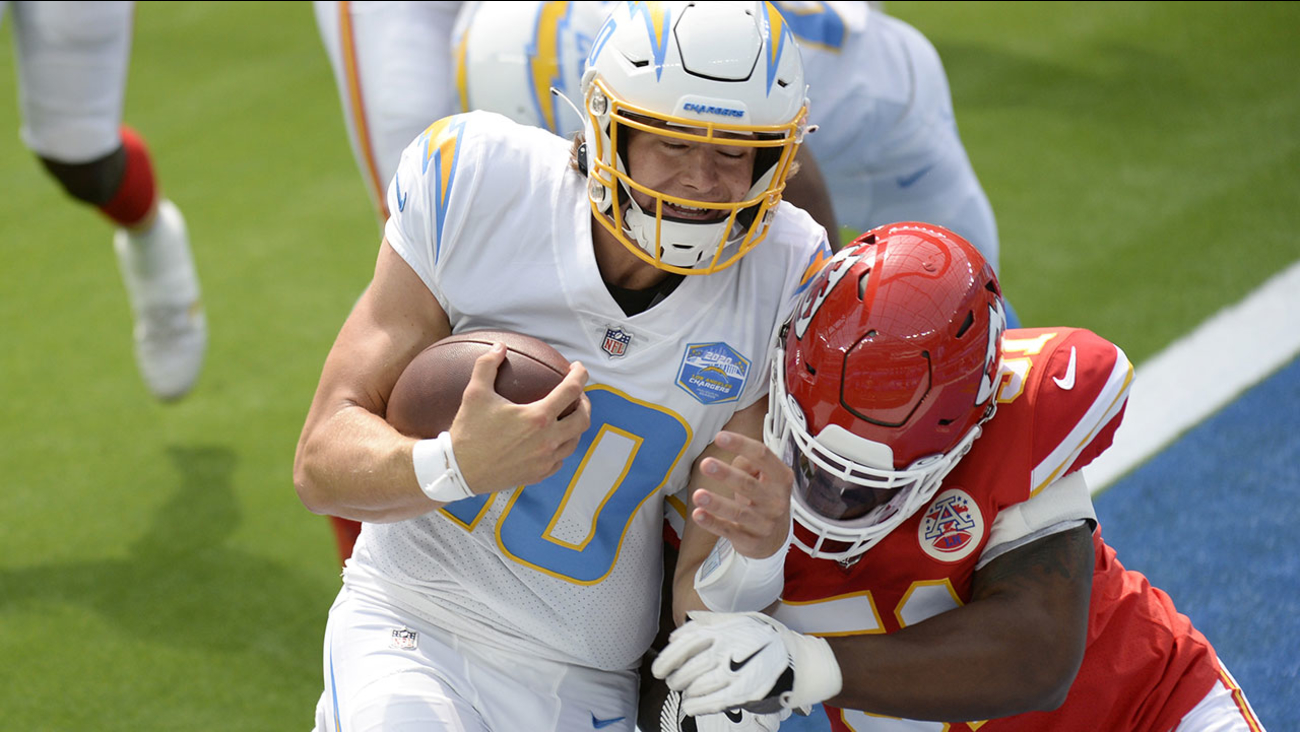 Butker's game-winner was his third field goal of the day and his second from 58 yards, which tied a Chiefs record for distance. He nailed a 30-yarder on the final play of regulation.


In overtime, Butker sent the ball through the uprights from 53 yards, but KC was called for a false start. Then the Chargers called timeout, giving him a rehearsal kick from 58 that he also made before the one that counted.

Patrick Mahomes completed less than half of his passes in the first half for only the third time in his career but rallied to finish 27 of 47 for 302 yards and two touchdowns. Tyreek Hill (five catches, 99 yards) and Travis Kelce (nine receptions, 90 yards) each had TD receptions.

Playing their first game at SoFi Stadium, the Chargers won the coin toss in overtime but went three-and-out. The Chiefs got the ball at their 21 and went 39 yards in 13 plays.


Herbert was 22 of 33 for 311 yards with a touchdown and interception, becoming the ninth quarterback since the merger to have a 300-yard game in his NFL debut.

Herbert, the sixth overall pick in April's draft, got the call after Tyrod Taylor re-aggravated a rib injury during pregame warmups. Coach Anthony Lynn said he found out just before the coin toss that Taylor was unable to play and that Taylor was taken to a hospital.