Chargers players are talking about the challenges of trying to prepare for the upcoming season as they follow restrictions imposed by the coronavirus crisis.
KABC
By Curt Sandoval 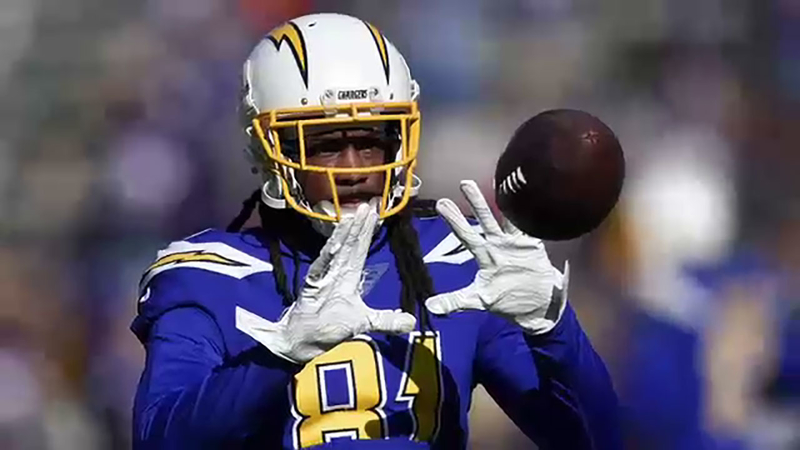 Chargers players trying to prepare for season among restrictions

COSTA MESA, Calif. (KABC) -- This NFL off-season is as strange as empty beaches.

"I got a JUGS machine (to catch footballs) before this thing started," said Chargers receiver Mike Williams.

Defensive tackle Justin Jones went home to Georgia to work out, as much of Atlanta has reopened.

"They opened everything a little too fast for me," Jones said from his mom's home in Georgia.

"I'm still in quarantine aside from my working out. People are out and about over here. They don't clean carts, they don't do anything. I'm always wearing my mask and keeping my sanitizer on me," Jones said.

While it's great for J.J. to be back home, inside a gym training with other athletes in Powder Springs, Georgia, there is one issue not helping his conditioning -- mom's home cooking.

"She had some chili already made (when he arrived)," Jones said.

"So on the second day, I had to have it again, and I added some greens to it. Then the next day she added some barbecue chicken! I've only been here three days and you feel me man," he laughed.

When Jones was finishing his Zoom call with the media, Williams saw his teammate online and played reporter asking a question.

"How would you feel playing the season with no fans," WIlliams asked.

Williams agreed and added, "The only thing I would say, it would just be different. I feel like no one really played without fans," Williams said.