Lancaster native and UCLA star running back Josh Kelley is eager to get his NFL career started after being drafted by the Chargers.
KABC
By Curt Sandoval 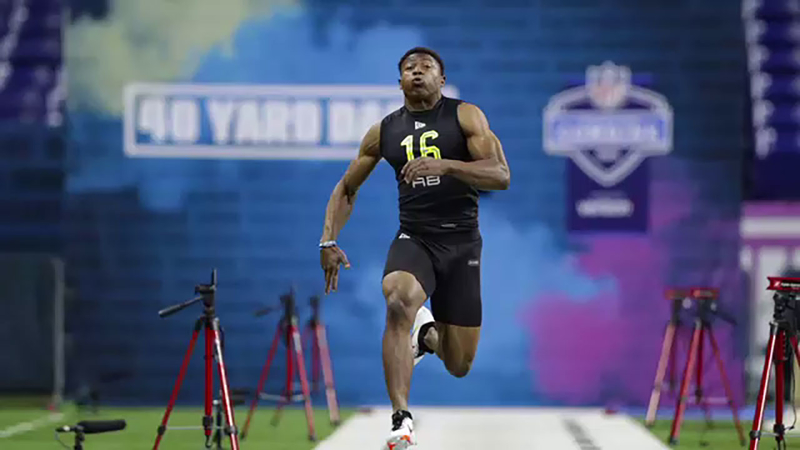 WESTWOOD, LOS ANGELES (KABC) -- The road to the Los Angeles Chargers was littered with twists and turns for UCLA's Josh Kelley.

"For me, I was a two-star recruit," Kelley said. "I only had one offer, and that was to UC Davis."

Just getting to UCLA was a Herculean climb. At UC Davis, the coaching staff was fired after his sophomore year.

He called UCLA every day - to the point they knew who was calling.

"I always asked to talk to coach Deshawn Foster (a former UCLA running back)," he said. "I would get on the phone with him - he kind of got annoyed and said let me just see your tape."

He talked about how former coach Jim Mora and current coach Chip Kelly both helped him in the pre-draft process.

"He (Coach Chip Kelly) helped me tremendously man!" he said. "He's given me access to the facilities in the offseason. He gave me pointers who to talk to at the combine and at the Senior Bowl," he said.

Getting drafted fulfilled a life-long dream.

Waiting to get drafted - that was a different story.

"Honestly, it was awful," the 22-year-old Kelley said.

"Just that anxiety you get. You're staring at your phone and every single sound it makes, you think it's a call (to get drafted)."

After transferring from UC Davis, Kelley had to sit for a year. There were times in his journey he questioned his decision, but he didn't give up.

"For me it was my faith in God," he said. "That was the number one thing that kept me going. Something that's bigger than you - that keeps you going," he said.

The former Bruin continues to work out at UCLA until the COVID-19 crisis enables him to report to the Chargers facility in Costa Mesa.

He was raised in Lancaster by his mom. He said it was from her work ethic - from her spiritual nature - where he got his own work ethic.

"She's been a single parent for a long time," Kelley said. "Just seeing the way she handled herself, going to jobs really reflected and rubbed off on me and my brother," he said.