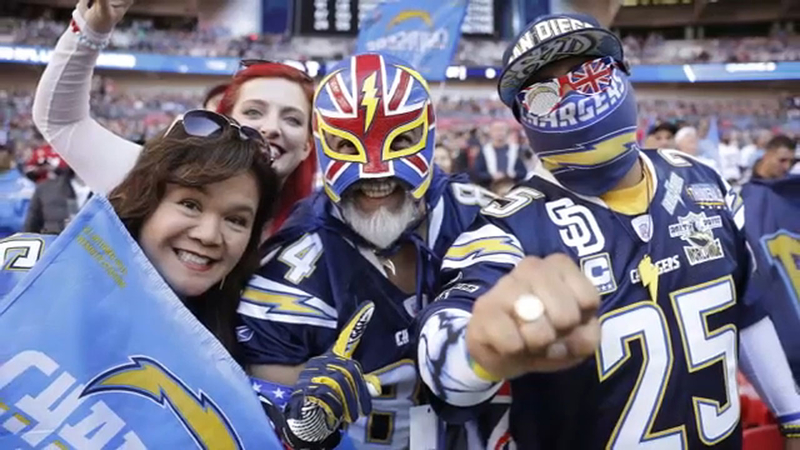 COSTA MESA, Calif. (KABC) -- The Chargers have their minds on Oakland this week - not London.

As the players prepare to head north to face the Raiders for Thursday Night Football, the team's owner is denying reports they're considering a move across the pond.

Owner Dean Spanos told reporters Tuesday: "We're not going to London. We're not going anywhere. We're playing in LA. This is our home, and this is where we're planning to be for a long (expletive) time.

Spanos was reacting to a report in The Athletic that said the team and league officials could consider a move to London, given how challenging it has been to build up a fan base in Los Angeles.

Players say they haven't talked about it much.

"It didn't really gravitate to my attention too much, or the players I don't think," said running back Melvin Gordon. "We talked about it for two seconds. It is what it is. It's fake news."

What is real news is the fact the Chargers haven't drawn fans like they expected when they relocated from San Diego three years ago.

They play in a smaller stadium built for soccer and every home game looks like a road game with the stands filled mostly by fans from the visiting team.

The Chargers did play a game in London last year, winning in front of over 80,000 fans.

But head coach Anthony Lynn is only focused on the here and now.

"I know there's nothing to it. It won't be a distraction," Lynn said.

In the meantime, the team's Twitter account also had some fun with the rumor, sending out a clip from "The Wolf of Wall Street":