"We do have to take into account that her boyfriend shot at the cops and shot a cop," said Barkley about the Breonna Taylor case.
CNNWire 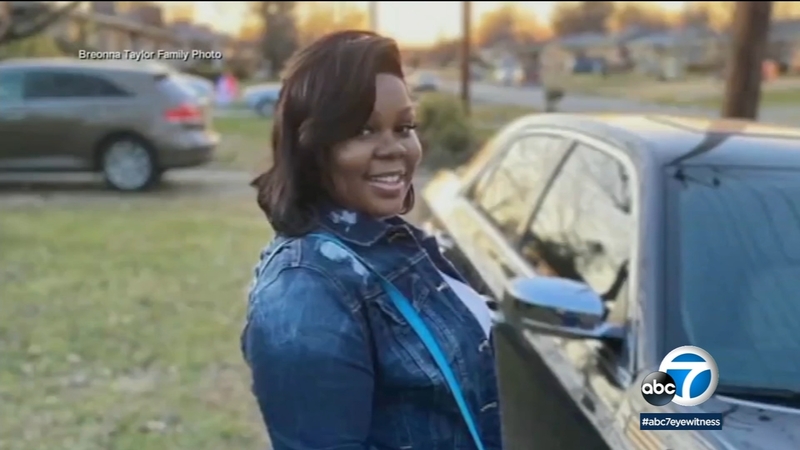 Basketball legend and NBA analyst Charles Barkley is taking some heat following his comments on the grand jury's decision on charges in the shooting death of Breonna Taylor.

"I don't think this one was like George Floyd or Ahmaud Arbery and things like that," Barkley stated on Thursday during TNT's pregame coverage of the Western Conference Finals. TNT and CNN are both owned by parent company WarnerMedia.

On March 13, Taylor was killed when police in Louisville, Kentucky, broke open her front door while serving a search warrant and fatally shot the 26-year-old Black EMT in her home. The killing has led to nationwide protests and calls for racial justice and police reform.

Barkley is hesitant to compare Taylor's death to other cases leading to the deaths of unarmed African-Americans.

Arbery was fatally shot on February 23 after he was chased by two White men while he was jogging in Brunswick, Georgia. Floyd died in Minneapolis after an officer pinned him to the ground by kneeling on his neck for several minutes on May 25. Both fatal encounters were seen on video.

"I feel sad that this young lady lost her life," said Barkley, a basketball Hall of Famer. "But I am worried to lump all these situations in together."

Earlier this week one officer involved in the incident leading to Taylor's death was indicted on three charges of first-degree wanton endangerment for allegedly firing blindly into an apartment. Two of the officers who shot at Taylor, one of whom was shot and wounded, were not indicted in the case as the Kentucky Attorney General said the men were justified in shooting out of self-defense because Taylor's boyfriend had fired first. As such, no charges were directly connected to Taylor's death.

"We do have to take into account that her boyfriend shot at the cops and shot a cop," said Barkley, as Black Lives Matter protests continue nationwide following the outcome in Kentucky.

Hundreds of people marched through the streets of downtown Los Angeles Wednesday night in protests over the Breonna Taylor case.

"I have to agree with Charles, this one is sort of lumped in," said O'Neal during the broadcast. "Everyone was asking for murder charges. When you talk about murder, you have to show intent. A homicide occurred and we're sorry a homicide occurred. When you have a warrant signed by the judge, you are doing your job, and I would imagine that you would fire back."

Barkley and O'Neal's takes differ vastly from others in the NBA community and prompted criticism on social media.

In a video on TikTok, former NBA player Stephen Jackson, who was close friends with George Floyd, said Barkley was insensitive and heartless.

Lakers superstar LeBron James has been consistent in his outrage and calls for justice, a stance he reiterated publicly following his team's win Thursday.

"We want justice, no matter how long it takes," James said during his post-game interview on TNT.

"We're here playing this game and it's very challenging on us, it's very difficult, but at the same time, our hearts [are] with that family... we hope for better days and to spread love and not hate," James added.