This story originally aired on Aug. 4, 2009, and has been repurposed for the 45th anniversary of the start of Charles Manson's trial.

LOS ANGELES (KABC) -- The Summer of Love in Los Angeles came to a bloody and frightening halt about 40 years ago. A band of serial killers changed the city forever.

Their high profile murders were followed by four months of confusion and fear as investigators desperately tried to crack the case. Eyewitness News even had a hand in finding key evidence.

The hot morning on August 9, 1969 did more than warm the city of Los Angeles, the sunrise cast a light on one of the darkest chapters in the city's history.

"We were the first television crew on the scene. We had no idea what we were walking into," said Al Wiman, who, at that time, was an ambitious 29-year-old reporter for ABC7 Eyewitness News. "We got a call from the assignment desk telling us to go to a house in Beverly Hills at 10050 Cielo Drive."

The four decades since that August day haven't seemed to fog Wiman's memory one bit. He can still see the vivid details.

As Wiman spoke, each word was like a footstep, taking him back up that driveway.

"Rona Barrett showed up and I wondered what was she doing here because she did a gossip segment on Eyewitness News at the time," said Wiman.

Wiman said that when he asked Rona why she was there she replied, "Don't you know who lives here? This is Roman Polanski's house."

"Then, it was just like a collective shock, we knew we were in story that was a lot bigger than we thought," he said.

Wiman recalled standing at the gate of the Beverly Hills home all day as the details began trickling out - five people were dead, including actress Sharon Tate, the 8 1/2 month pregnant wife of director Roman Polanski.

Even more shocking was how they were killed. Each victim was brutally shot or stabbed multiple times -- 169 stab wounds between the five. The killers used Tate's blood to write "pig" on the front door; a macabre message that shocked and confused the city.

The very next night, Rosemary and Leno LaBianca were random and horribly unlucky victims. They too were killed in a brutal manner in their Los Feliz home. "Death to pigs" was written in blood on the wall. "Helter Skelter" marked the refrigerator.

"When all word came out or news came out about what was inside, how they were killed, there was an element of fear. Yes," said former Eyewitness News Inland Empire Bureau Chief Bob Banfield.

Banfield said the city was petrified, but thirsty for information. He canvassed the neighborhood the day after the murders.

"People back then were willing to talk because they were wondering, you know, give me some information. What's going on here?" said Banfield.

"There was a lot of fear in L.A. The sale of guard dogs and guns rose dramatically overnight. And the use of security services, dramatically," said Vincent Bugliosi, the Deputy District Attorney who eventually sent the murderers to prison. "Particularly in the movie colony ... they were just terrified."

It was hard to calm anyone's fears in the weeks immediately after the crimes because there were no suspects and evidence was hard to come by. But 40 years later, the evidence is locked away in a storage closet in the D.A.'s office. There are 37 boxes of now infamous, even iconic, items that came to symbolize the brutality. Among the items is a long barrel .22-caliber revolver used in the Polanski house murders and a blood-stained rope, which was used to tie Sharon Tate and Jay Seibring. Seibring, a celebrity hairstylist, was a close friend of Tate and Polanski.

"The rope had been thrown over the rafter, and then each end of the rope was kind of looped around the victims' necks," said Sandi Gibbons, a former reporter and spokesperson for the Los Angeles County District Attorney's Office.

A fork used on Leno LaBianca is also among the evidence, along with Rosemary LaBianca's wallet, which was stolen the night she was killed. It still holds her driver's license.

The bloody clothes worn by the murderers from the Polanski scene were taken as evidence as well.

"The clothing was actually found near the scene of the Tate murders by a film crew, I believe it was a Channel 7 film crew," said Gibbons.

That film crew was Al Wiman. His team found the items four months after the murders.

"We came here and we actually stood right here in this spot and said, 'OK, if we had just killed these people, we are covered with blood, where would we go and where would we throw the clothes,'" said Wiman.

Wiman and his crew got into their news vehicle and started driving down Benedict Canyon, estimating the murderer's escape.

"'Let's time how long it takes me to undress and redress.' And I put the stop watch on and ran it for six minutes and 20 seconds ... When it hit 6:20 I said "OK, where are we?'" said Wiman. "We stopped and got out and looked over and I said 'My God, those have to be the clothes.'"

It turns out the spot Wiman had come across had no guardrail at the time, leaving it the only place someone could pull off the road. When the LAPD arrived on the scene, detectives were not happy the media figured it out before they did.

"We were notified by my boss, Lt. Robert Helder, who received a phone call from what I believe is Channel 7 News," said Sgt. Michael McGann, Los Angeles Police Department in 1969.

"They came up and found the clothing, which we introduced at the trial," said Bugliosi.

The evidence would lead Bugliosi to a man who stood only 5'2", but wielded a manipulative power that turned a group of hippie followers into some of the most ruthless, cold blooded killers, in American history... Charles Manson. 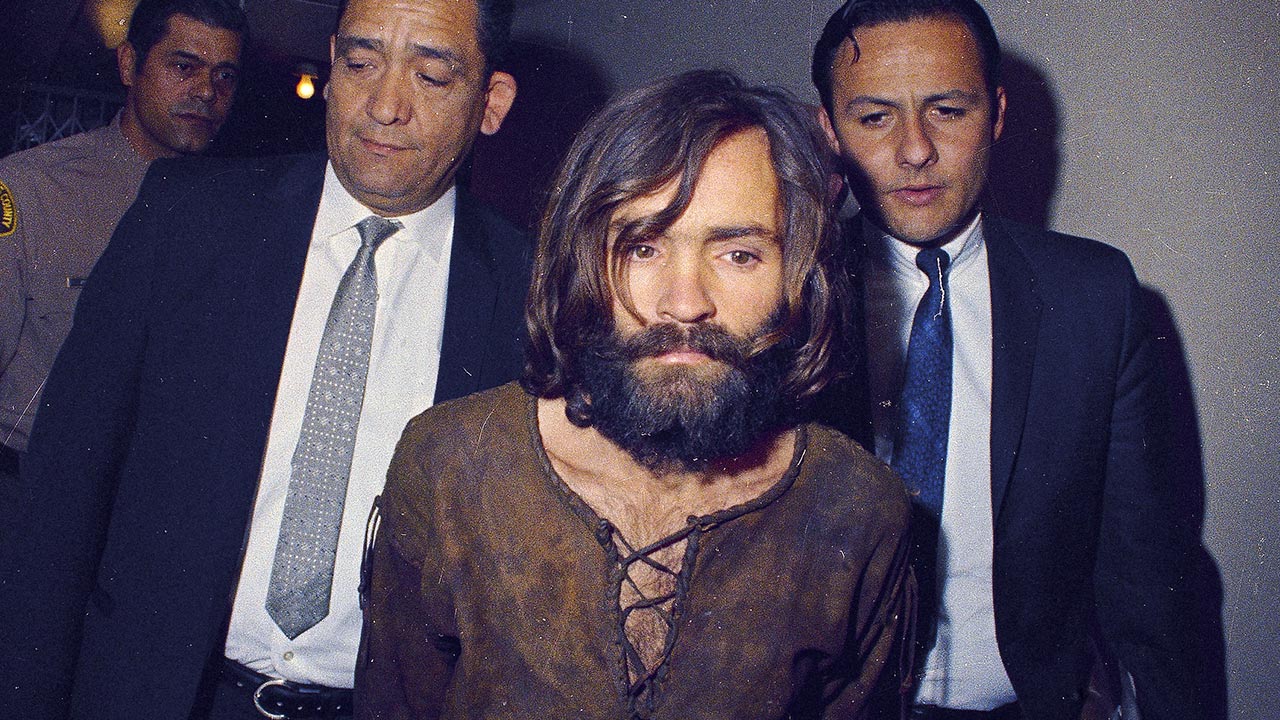