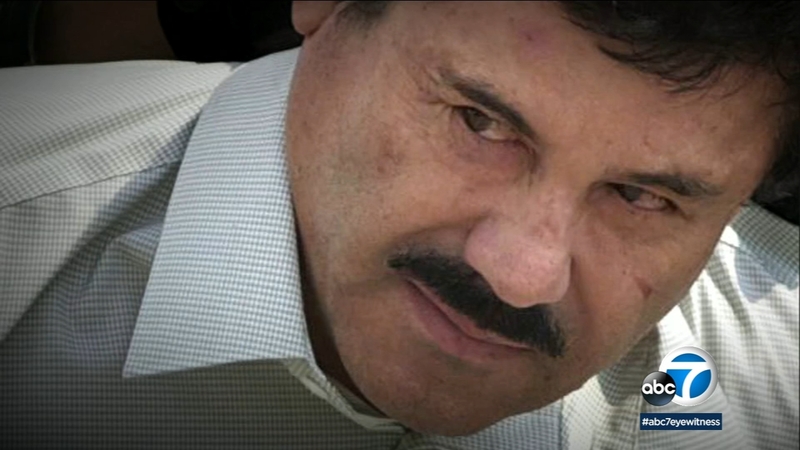 LOS ANGELES (KABC) -- Mexican drug lord Joaquin "El Chapo" Guzman will likely spend the rest of his life in prison after being found guilty of multiple counts in court.

A documentary filmmaker who took a deep look into Guzman's world spoke with Eyewitness News and talked about his time discovering the Sinaloa cartel and drug kingpin.

Guzman is considered one of the most notorious drug lords in history with stories ranging from his escape from a Mexican prison through a network of tunnels to carrying a diamond-encrusted gun. The former Sinaloa cartel boss was once considered unstoppable.

But all that changed when he was found guilty on 10 federal charges in court Tuesday.

Guzman is facing a mandatory life sentence in federal prison for drug trafficking, money laundering and conspiracy to commit murder.

"I had a better chance of becoming president than Chapo getting off on this one. The evidence against him was overwhelming," Minn said.

In 2014, Minn traveled to Mexico to get a better understanding of the cartel leader, even going all the way to Guzman's home.

"It's way up in the Sinaloa mountains, in a village called La Tuna, and literally it's impossible to get there. It's a miracle we even found it, I mean, we were driving and it was just winding roads and hills and valleys and mountains and if you're not concentrating, you could literally fall off a cliff," he said.

Minn was stunned to learn Guzman is beloved by many Mexicans and that he was deeply influential in politics.

Since Guzman's last arrest, his sons have taken over the criminal organization.

Minn said the Sinaloa cartel is a well-oiled machine and as long as Americans keep consuming illegal drugs, business will go on as usual. But he hopes the families of the estimated 200,000 people killed in the war on drugs in Mexico will be at peace after the verdict.