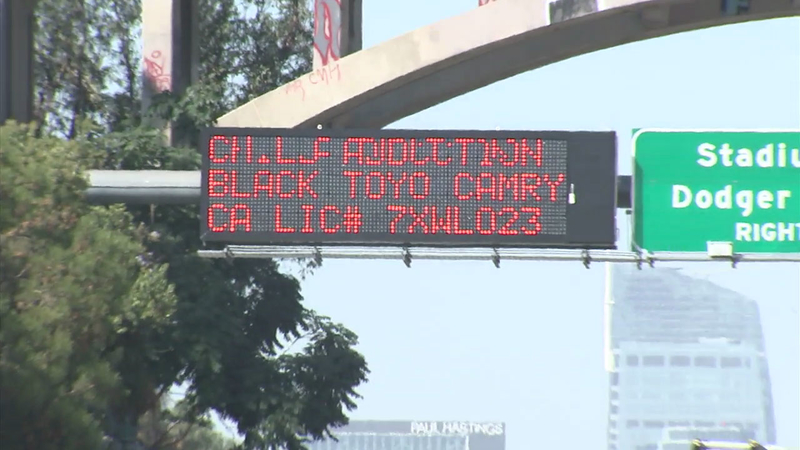 LOS ANGELES (KABC) -- Authorities said an Amber Alert that was issued for a 16-year-old boy resulted from a false report by a woman who had loaned her car to another woman.

Charline Gatson told authorities she was carjacked at 47th and Figueroa streets on Thursday and that her stepson, Eric Coleman, was in the backseat at the time of the carjacking.

Authorities identified Kandice Johnson, 31, as the suspect and she was found and arrested on Friday in San Bernardino.

The false report involved the Los Angeles police, California Highway patrol and San Bernardino police, and it could have put innocent people at risk.

"You have law enforcement officers moving on that vehicle, moving on those individuals believing that they are suspects involved in a violent carjacking and are in fact armed and dangerous. That can lead to unfortunate outcomes," Paulson said.

Gatson was arrested Friday morning on suspicion of filing a false police report. She faces fines as well as up to 1 year in jail if convicted.

Authorities said Johnson has not been charged with anything.