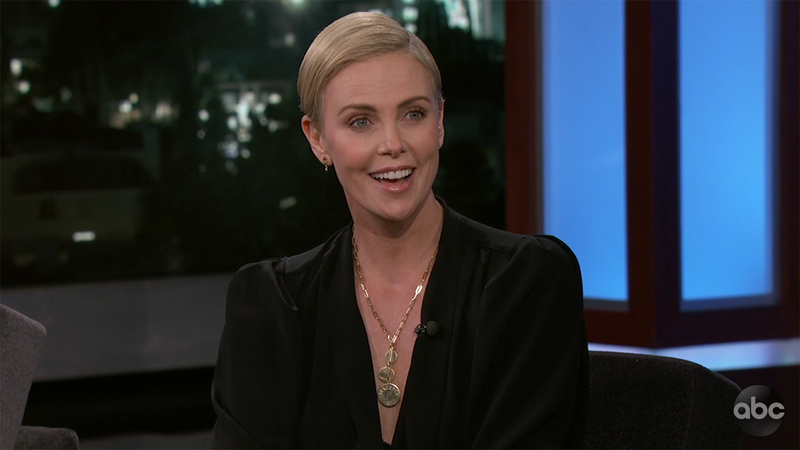 LOS ANGELES -- Actress Charlize Theron said she felt "really amazing" to be nominated for three prestigious awards for her role in "Bombshell."

But that wasn't enough for her kids, she said on Wednesday night's episode of "Jimmy Kimmel Live!"

The award-winning actress was nominated for a Golden Globe, a People's Choice Award, and most recently, an Oscar for her portrayal of journalist Megyn Kelly in the film about Fox News' sexual harassment scandal.

When she didn't come home with a statuette after the Jan. 5 Globes, her two young children were not happy.

"it was a mixture of super sad and also kind of angry, like, 'You didn't win?' ... They were upset," she said. "The little one was like, 'Well I really wanted you to win!' Like angry. My 8-year-old was just pure disappointment, you know."

Theron said now that Oscar nominations were announced, her little ones are "suspicious."

"My oldest just went, 'Well this just sounds like a waste of time," she said.