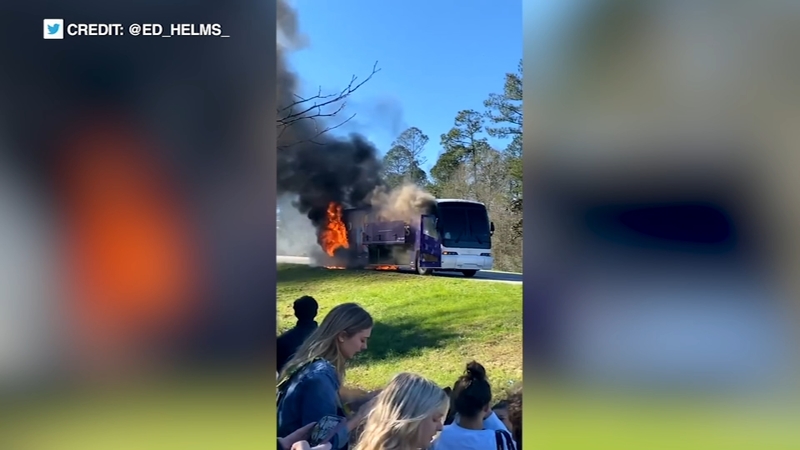 MISSISSIPPI -- Dozens of college students were returning from a fraternity formal, when they had to run for their lives off a charter bus that had caught fire.

A bus carrying University of Alabama students from a fraternity formal in New Orleans burst into flames on the side of a Mississippi highway.

"We can see a fire at the back end of the bus to the left side," said Lance Chaisson, one of the passengers. "I just knew to keep going away in case some kind of explosion could happen."

Twenty nine passengers fled the bus, as flames and thick black smoke shot into the sky.

"I assumed we just got a flat tire and I went to the restroom and the whole bus was full of smoke," Chaisson said.

Authorities later said an unknown object fell from an 18-wheeler. The bus driver tried to avoid it, but one of the vehicle's tires was pierced, sending sparks flying.

Only a shell of the bus was left behind, after fire crews extinguished the blaze.