Extra security was seen at CHAMPS Charter High School one day after gun violence broke out just off campus.

VAN NUYS, LOS ANGELES (KABC) -- Students, parents and staff at a Van Nuys high school are still reeling one day after a shooting just off campus left a teacher and student wounded.

Some students told Eyewitness News that it's a freedom they don't want to lose despite the shooting. 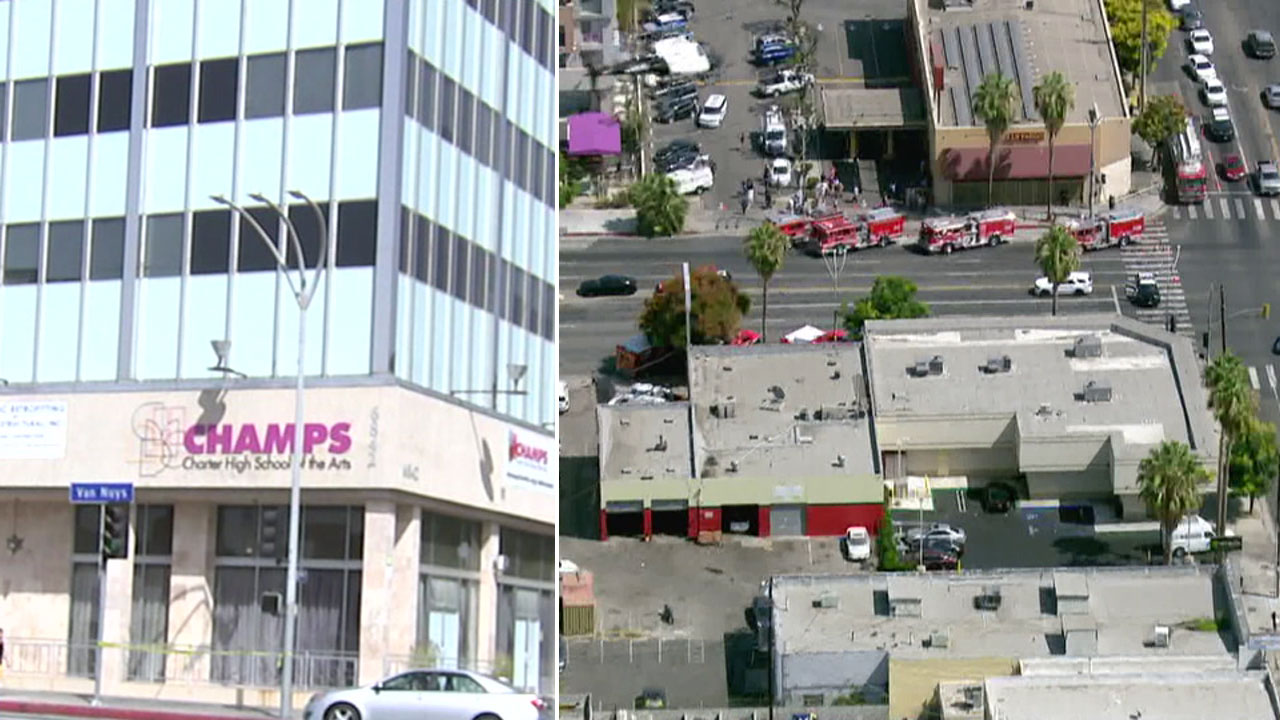