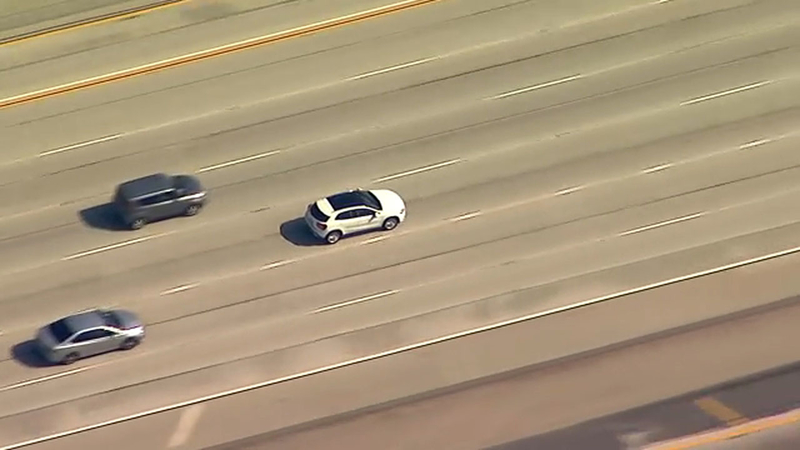 SYLMAR, Calif. (KABC) -- A suspect was taken into custody after leading the California Highway Patrol on a high-speed, and at times, erratic chase in a white Mercedes-Benz on the southbound 5 Freeway in Santa Clarita Monday morning.

The driver, who was wanted for speeding, was cutting through traffic at up to 130 miles per hour. As the driver approached the Sylmar area, he exited the freeway and drove through a residential neighborhood where he stopped and parked.

The suspect was seen exiting the Mercedes and lying face down on the ground with his hands behind his back, seemingly complying, before authorities arrived.

The Calfornia Highway Patrol were chasing a driver evading officers in a white Mercedes-Benz on the southbound 5 Freeway in Santa Clarita Monday morning.