Suspect in custody after high-speed chase in IE, LA County 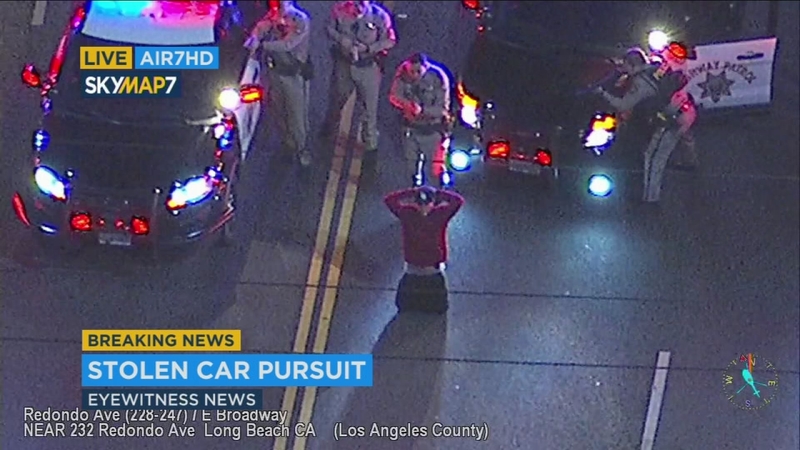 LONG BEACH, Calif. (KABC) -- A driver was taken into custody after leading patrol vehicles on a high-speed chase through freeways in San Bernardino and Los Angeles counties Tuesday night.

The chase began with a report of a stolen vehicle in the Colton area shortly after 10:30 p.m.

The suspect traveled at speeds of over 100 mph on the 10 Freeway, passing in Ontario, Pomona and West Covina.

The suspect made his way to the southbound 605 Freeway, passing up multiple vehicles across several lanes.

About three people were believed to be inside the white Ford Taurus sedan. It was later determined the driver was the only occupant.

The driver exited the freeway in Downey and picked up speeds of up to 80 mph on surface streets.

While on narrow streets in a Long Beach neighborhood, the suspect at one point drove on the wrong side of the road and then an alley.

The driver's side door was seen opening before the car slowed down on Redondo Avenue in Long Beach.

It appeared the car was disabling before the vehicle finally came to a rest. Meantime, smoke was seen coming from inside and underneath the sedan.