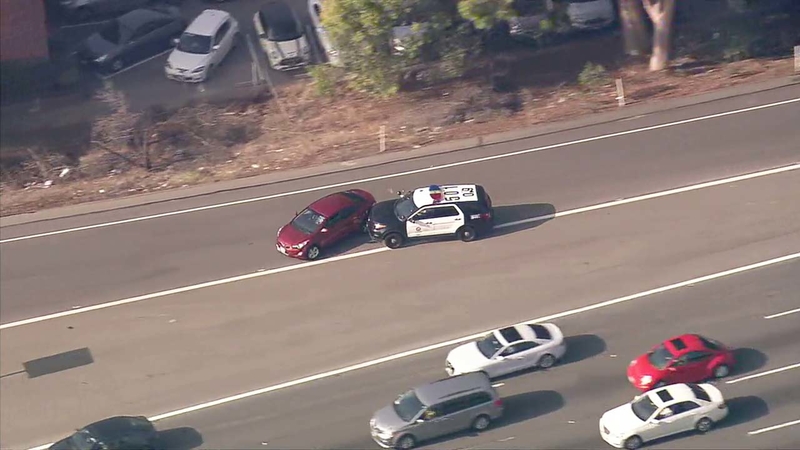 The assault-with-a-deadly-weapon suspect led several LAPD vehicles from North Hollywood to Sherman Oaks, then onto the eastbound 101 Freeway at Coldwater Canyon Avenue.

The maroon-colored sedan headed back onto the eastbound 134 Freeway, exited onto the street and then entered the southbound 170 Freeway. After the driver returned to the 101, a Los Angeles police officer performed a PIT maneuver that spun the suspect's car around.