Suspect arrested in Long Beach after wild chase through LA

A suspect was arrested in Long Beach after leading authorities on a wild chase through L.A. County.
KABC 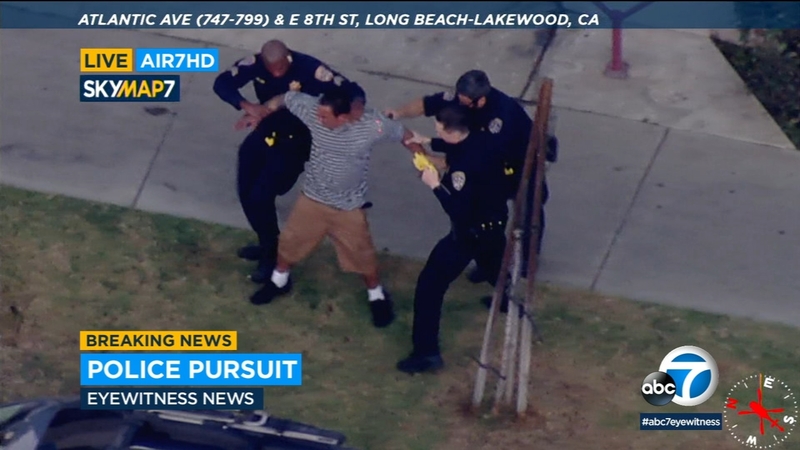 AIR7 HD was over the scene as the suspected stolen vehicle moved from Whittier to the Norwalk area while authorities were in tracking mode.

The driver was on multiple freeways, including on the 710 Freeway, and eventually made his way to Long Beach.

During the course of the chase, the suspect was driving recklessly through intersections. Police attempted to corner the Jeep, but the driver was able to maneuver his way out and continue the chase.

The chase ended when the pursuit suspect exited the vehicle near Broadway Court and La Reina Way, and attempted to blend in with pedestrians on the street after running through an apartment complex.