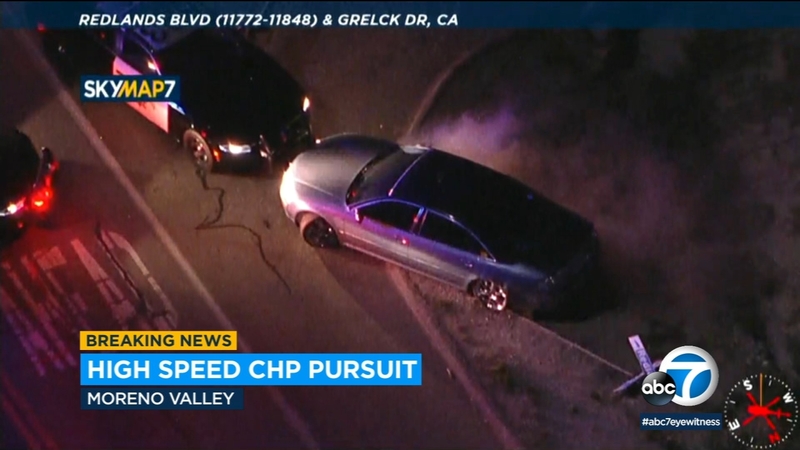 AIR7 HD was over the scene around 8:30 p.m. as the suspect was driving in the Moreno Valley area, off the 215 Freeway.

As the suspect was driving on surface streets, a CHP vehicle caught up and hit the back of the suspect vehicle, sending it spinning off the road.

The car came to a stop at Grelck Drive and Redlands Boulevard. The driver and a passenger exited the vehicle and were taken into custody without incident.

Prior to the chase entering Riverside County, California Highway Patrol vehicles were chasing the suspect on the eastbound 60 Freeway in the South El Monte area.

At one point, the driver reached speeds topping 100 mph.

L.A. County sheriff's deputies were initially in pursuit of the suspect in Norwalk around 7:24 p.m. before CHP took over.

It was not immediately known what started the chase.