Suspect in stolen Mercedes escapes after chase through downtown LA 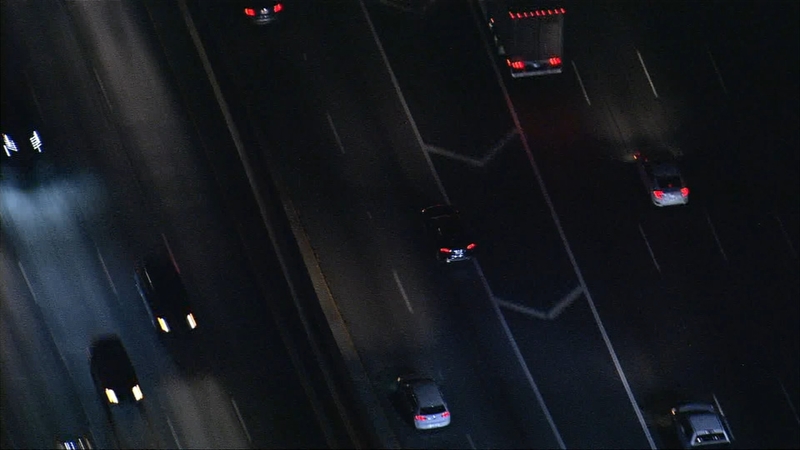 LOS ANGELES (KABC) -- Authorities chased a suspect in a stolen Mercedes on freeways and surface streets through parts of Los Angeles County and downtown LA.

After pursuing the suspect for close to an hour, it appeared officers lost the vehicle in downtown and they called off the pursuit.

The chase started near downtown Los Angeles, initially heading southbound on the 5 Freeway. After a few minutes, the suspect exited in the Santa Fe Springs area and then switched back to the northbound direction on the 5.

The Mercedes weaved in and out of freeway traffic at high speeds, at times turning off the headlights in an effort to avoid detection.

LAPD started the chase and then handed it off the CHP. At one point, officers backed up from close pursuit and followed with a helicopter in an effort to avoid a dangerous situation. At times during the chase, the suspect passed police cruisers which did not attempt to stop or chase the vehicle.

Near downtown, the vehicle switched to the northbound 101 Freeway and then over to the southbound 110. The car then exited onto surface streets in the downtown area and into the Westlake District.

It then got back onto the southbound 110 Freeway and then returned once again to surface streets near downtown.