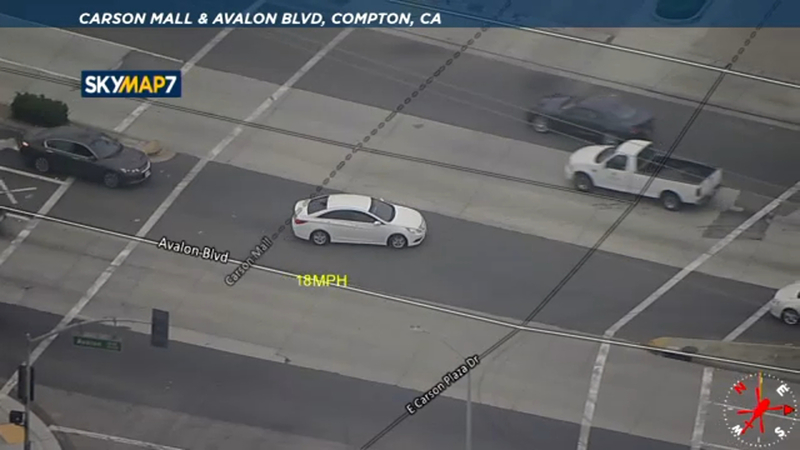 The driver of a stolen vehicle on Friday morning led deputies on a high-speed chase through multiple cities in the South Bay area and beyond before the pursuit was called off, authorities said.

The man behind the wheel made his way on surface streets from Torrance to Carson and into Compton before 8 a.m., reaching speeds that at one point prompted Los Angeles County Sheriff's Department patrol vehicles to back off for safety reasons. At least one law-enforcement helicopter continued to follow the white sedan overhead.

In a bizarre moment, the driver briefly pulled up alongside a law enforcement vehicle that had disengaged from the chase.

As the suspect continued into the city of Long Beach, no authorities were behind him and Long Beach police did not take over the chase, which was again called off by the Sheriff's Department.

An attempted burglary suspect was taken into custody Thursday morning after leading Los Angeles police officers on a chase through the San Fernando Valley.