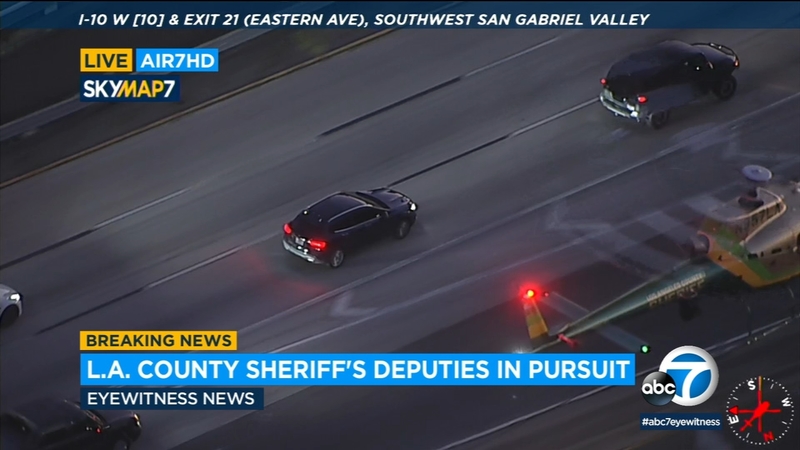 EL MONTE, Calif. (KABC) -- Authorities searched for a driver who led them on a dangerous chase in the San Gabriel Valley Thursday evening and who later ditched the vehicle in downtown Los Angeles and appeared to have gotten away.

The driver, a burglary suspect, dumped the vehicle under a 10 Freeway overpass after the high-speed pursuit.

AIR7 HD was first over the chase around 5:40 p.m. as the suspect was driving what appeared to be a dark-colored Mercedes SUV on surface streets in the El Monte area and later got on the 10 Freeway in East L.A. during rush hour.

At times, the suspect was driving at speeds that exceeded 110 mph and was moving erratically across lanes with other cars nearby.

It appeared authorities lost sight of the suspect and the SUV was later found empty under an overpass.

Authorities are searching for a driver who led them on a dangerous chase and later ditched the vehicle in downtown L.A. and appeared to have gotten away.