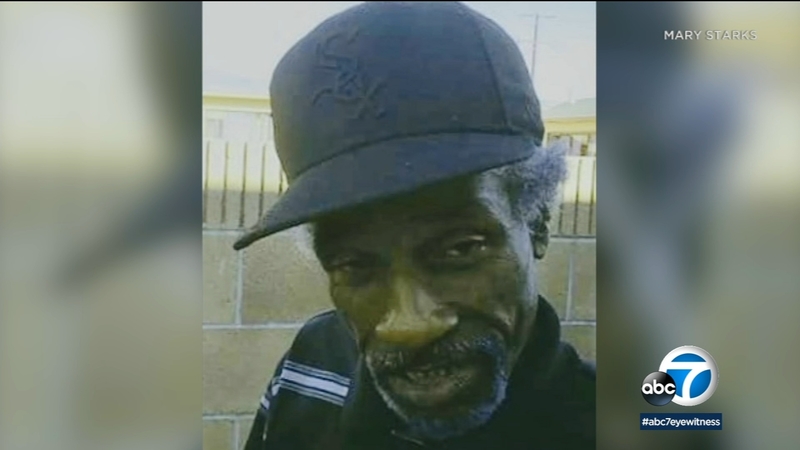 COMPTON, Calif. (KABC) -- A family is looking for answers after an innocent bystander was shot and killed during a chase and shootout involving sheriff's deputies and occupants of an SUV owned by rapper YG.

The body of 65-year-old Ricky Starks was found partially under a car last week in Compton following a wild shootout between deputies and the occupants of an SUV.

The sheriff's department has confirmed that the SUV is registered to Keenon Jackson, best known as rapper YG.

A publicist for YG says the rapper denies being involved in the deadly pursuit. The rapper has tweeted that he was recording in Hollywood at the time of the incident.

Investigators say it appeared Starks was riding his bicycle in the area when the shooting started around 11:20 p.m. on July 3 and he sought cover under the car.

'He went to get some cigarettes," Starks' mother, Mary Starks, told Eyewitness News.

The 91-year-old says her second son was a loner who lived with her and worked later in life as a handyman. She described Ricky as quiet, but well known through the neighborhood.

She wasn't surprised that he was found by his bicycle.

'That was his heart, that bike," she said. "He would ride around to go places, cut grass. He would always ride his bike."

Investigators are still searching for the gunmen in the SUV, described as an armored Cadillac Escalade with bullet-resistant windows.

Meanwhile, investigators still have not said whether the rounds that struck Starks came from the SUV or the deputies in pursuit.

"I would love to get justice because he didn't bother nobody, he would just laugh and talk to you and then go about his business," Starks said.

Rapper YG says he was in Hollywood at the time of a deputy-involved shooting in Compton that led to a pursuit through Inglewood, after Eyewitness News learned that he owns the car that was involved. 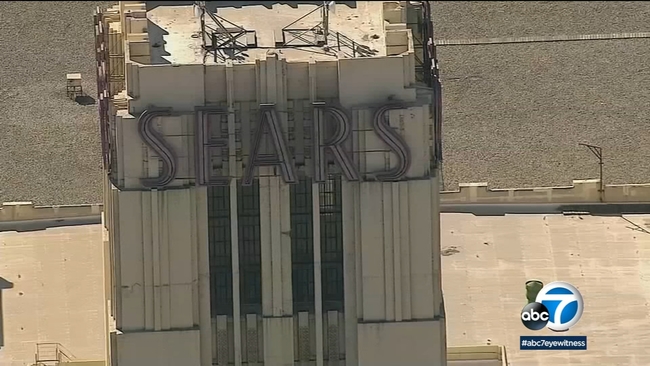