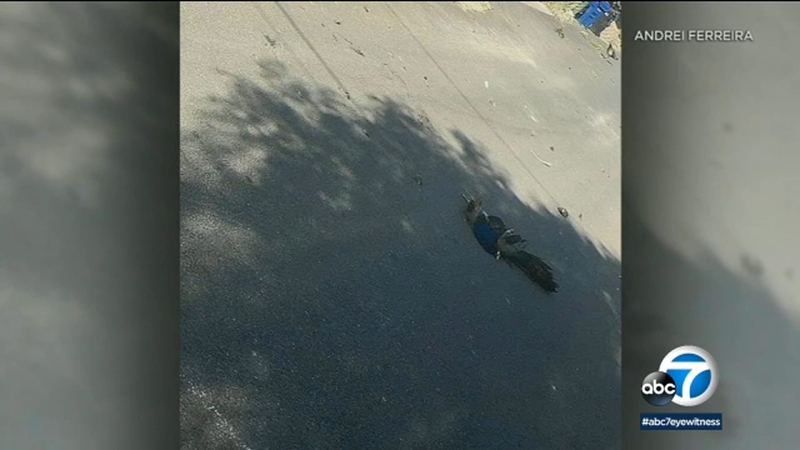 CHATSWORTH, Calif. (KABC) -- A group of residents of Chatsworth Lake Manor plan on filing an animal cruelty complaint against their neighbor who they say intentionally ran over and killed two wild peacocks, who often frequent the foothill community.

"They are an institution here. We sort of revere them," said resident Melanie Kline.

The local community often spends time tending to them and making them feel at home.

"We provide food for them. I usually go and get the 20 pound bag of food monthly, and the whole neighborhood does the same thing," said Saif Alshagra.

The alleged incident wasn't caught on camera, but moments later, Kline said she witnessed the driver hit two peacocks who were in the middle of the road.

"He actually aimed right for them as opposed to stopping. How could somebody be that evil?"

Other residents say they know who the driver is, adding that he's been aggressive toward the birds in the past.

Now, they're taking their complaint to the Los Angeles County Sheriff's Department to keep other peacocks from being targeted.