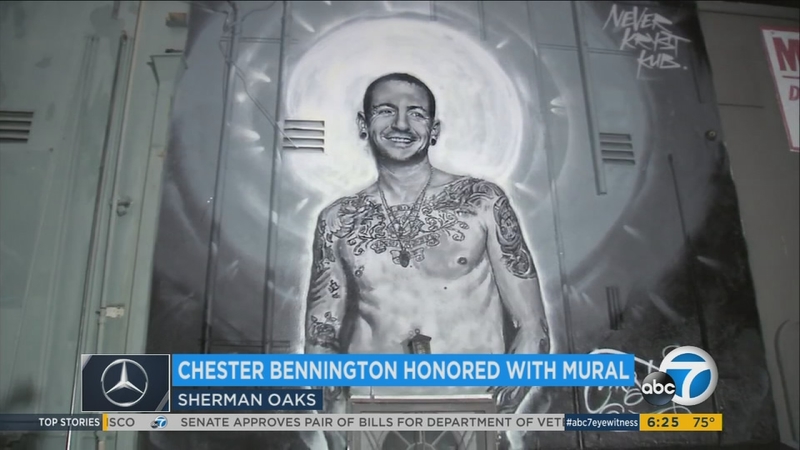 The 20-foot-tall painting went up on the back of a pizza eatery. It's just off the 101 Freeway at Coldwater. The mural is so large that it can be seen from the freeway.

Bennington died from suicide July 20. The singer was found hanged at his Palos Verdes Estates home. He was 41.

Like Cornell, Bennington battled drug and alcohol addiction at various times throughout his life.