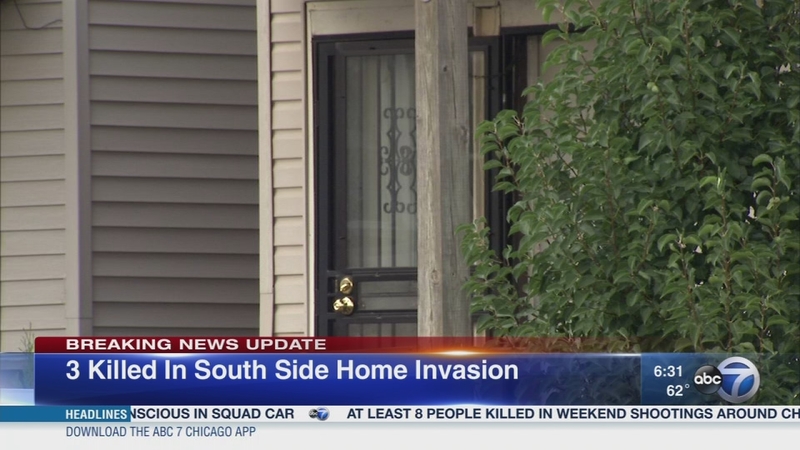 3 killed in South Side home invasion

CHICAGO -- Three home-invasion suspects were killed in an apparent break-in on the Far South Side of Chicago, and police are investigating it as a case of self-defense.

The shooting happened in the 10200 block of South Ewing Avenue in the East Side neighborhood after 5:30 p.m., police said.

A 24 year-old man, 17-year-old boy and 24-year-old woman allegedly broke into the home through the basement, police said.

A man in his 30s, who lives in the home with his family and has a valid firearm owners' identification card, saw the burglars and shot them all dead, police said. He then apparently locked himself in a room while he called police.

Authorities have not released the identities of the three people killed.