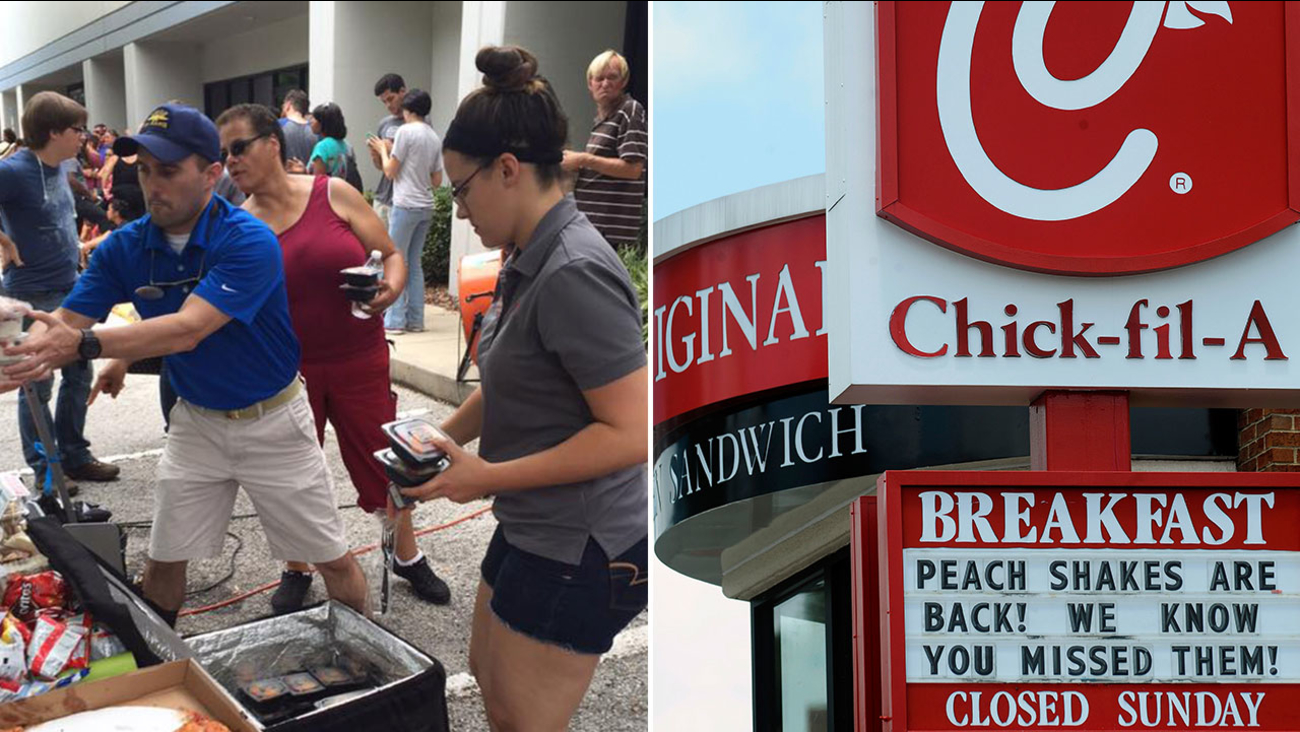 Chick-Fil-A employees were among those who fed blood donors in Orlando Sunday (left), and a sign shows that the restaurant is closed on Sundays (right). (Chick-fil-A Lee Vista/Facebook|Mike Stewart, File/AP Photo)

If anyone has ever earned a Chick-fil-A sandwich on a Sunday, it's the people stepping up to help after the shooting in Orlando.

As news of the massacre spread, hundreds of locals lined up to donate blood to the victims. To feed all those donors, Chick-fil-A employees went to work on a Sunday, even though the restaurant is known for being closed on Sundays.

The Lee Vista location of the chain in Orlando posted about the good deed on its Facebook page, saying, "We love our city and love the people in our community."

The post has been shared more than 1,000 times. Given that the shooting took place in a gay night club, some Facebook users commented about a Chick-fil-A executive's stance on same-sex marriage. In 2012, gay rights advocates protested the company after its president, Dan Cathy, defended what he calls the biblical definition of marriage.

Others praised the employees' actions.

"As a liberal, with gay family members, and friends who are muslim as well, I just want to say thank you. Thank you for being an example of the love of Christ in doing right by your community. Many blessings on you!" wrote one Facebook user.

"This is amazing!! I love how our city is coming together to support each other," wrote another.

Another Chick-fil-A location noted that they were among the many area businesses who gave time and resources in the wake of tragedy.