Authorities said 31-year-old Chiengkham Vilaysane was arrested after she abandoned her daughter at a Riverside market.

RIVERSIDE, Calif. (KABC) -- Riverside police have arrested the woman who they say intentionally abandoned her 2-year-old daughter at a Food 4 Less.

Investigators identified the woman as 31-year-old Chiengkham Vilaysane on Tuesday. They later confirmed to Eyewitness News that she had been arrested.

Vilaysane was caught on surveillance video entering the store in the 4200 block of Van Buren Boulevard Sunday with the toddler by her side. While inside, the child wanders off and Vilaysane never looks for her.

Investigators said the toddler was able to identify the woman as her "mommy" in surveillance footage.

Vilaysane could face a charge of child endangerment, which is a felony.

Many parents shopping at the market on Tuesday were shocked to hear that a mother would abandon her child.

Alan Engle, a single father of three daughters, came to the Food 4 Less with a teddy bear to give to police for the little girl.

"I just can't imagine somebody dropping their kid off and not coming back for them. It makes me sick," Engle said.

If you have any relevant information regarding this case, you're urged to call Detective Paul Miranda at (951) 353-7945. 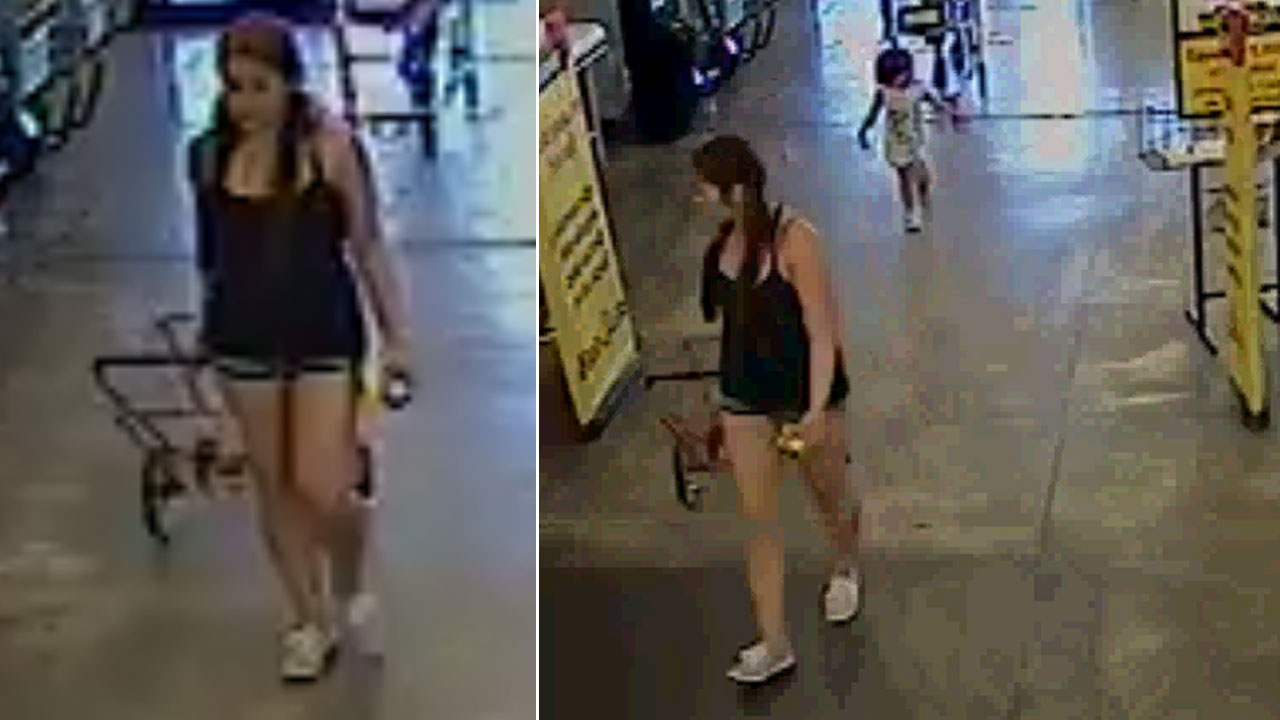