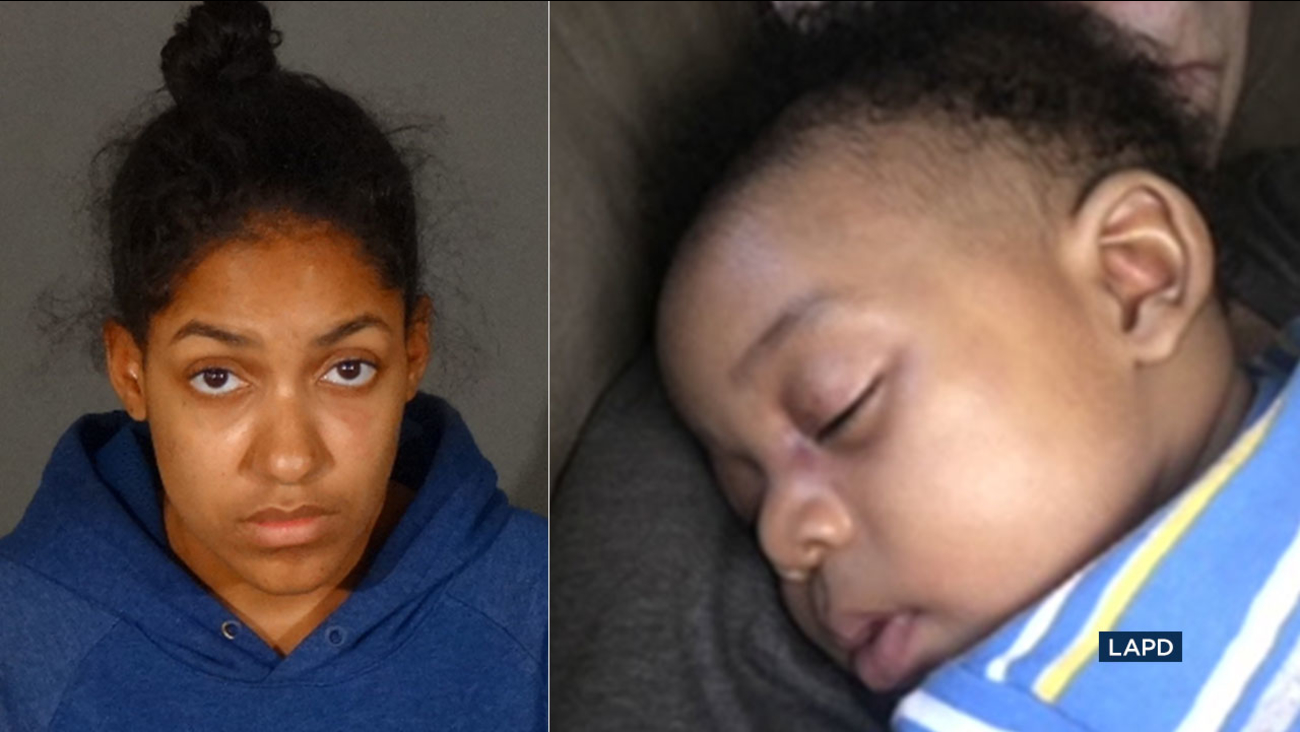 LOS ANGELES (KABC) -- A woman described as an abusive mother is in custody after abducting her 6-month-old son in the San Fernando Valley on Sunday, police said.

Los Angeles Police Department detectives put out the alert for Kiera Simone Cantwell on Sunday afternoon, saying she poses a threat to her own child's safety.

But by Sunday evening, police said the child had been found and the mother was in police custody.

Details on the circumstances of her arrest and the child's condition were not immediately available.

When police first put out the abduction alert, they said Cantwell had been last seen around 1 p.m. Sunday in the 17000 block of Enadia Way in Lake Balboa.

They say she took her 6-month-old son Jaequaiwn Jacquice Jackson.

At the time, police described her as an abusive parent who possibly posed a danger to the child.

Anyone who has information is asked to call Mission Detectives at (818) 838-9800. Anonymous calls can be made to Crime Stoppers at (800)222-8477.
Report a correction or typo
Related topics:
los angelessan fernando valleylos angeles countylake balboakidnappingabductionmissing children
Copyright © 2020 KABC-TV. All Rights Reserved.
More Videos
From CNN Newsource affiliates
TOP STORIES