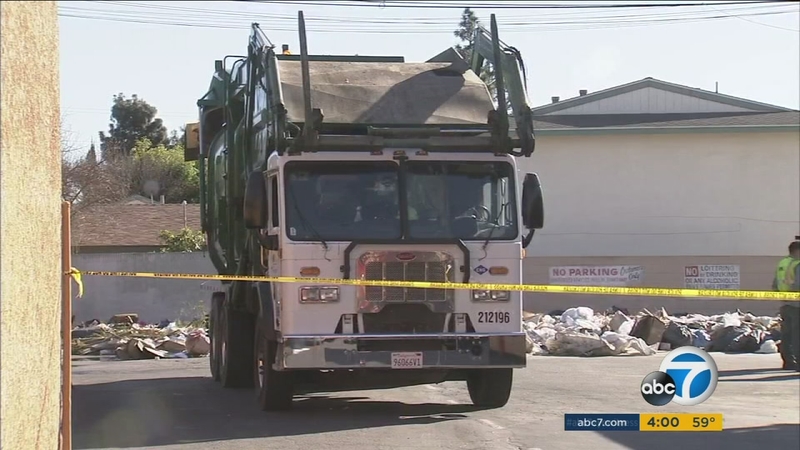 SANTA ANA, Calif. (KABC) -- A father, who police said was under the influence of drugs, was taken into custody on Tuesday after he claimed his 3-year-old son fell into a dump truck in Santa Ana.

Firefighters and Urban Search and Rescue dogs briefly searched through mountains of trash behind a business in the 1100 block of W. 1st Street to search for the boy before the child's mother confirmed he was at home with her.

Santa Ana police said the child's father told authorities his son was playing inside a dumpster when he fell inside a trash truck.

Authorities said the man tried to flee from police and was under the influence of drugs. The unidentified man was taken into custody at Walnut and Raitt streets.