A 4-year-old boy was hospitalized after being struck by a stray bullet during a suspected gang fight Wednesday in Compton, authorities said.

COMPTON (KABC) -- A 4-year-old boy was hospitalized after being struck by a stray bullet during a suspected gang fight Wednesday in Compton, authorities said.

Firefighter-paramedics responded to a report of a gunshot victim at about 11:46 a.m. in the area of Compton Boulevard and Lime Avenue, authorities said.

When two deputies arrived, they found the boy suffering from a gunshot wound to the back of his head. He was taken to a local hospital in a deputy patrol car.

During the investigation, detectives learned there were possible gang members involved in a fight outside of a nearby liquor store on Compton Boulevard. One of the people involved in the fight ended up pulling out a gun and firing about half a dozen rounds, Deputy Ryan Rouzan said.

As the shots were being fired, a mother with her son in the backseat was driving by the area and the boy was struck by a stray bullet.

The suspects then fled the scene. Authorities said there may have been five people total involved in the fight.

It was unclear if any of the suspects involved in the fight were also shot. Two people were detained for questioning, but no arrests have been made.

Authorities said another car was also hit by a stray bullet, but no one was injured.

The investigation is ongoing. Anyone with more information was urged to call the Los Angeles County Sheriff's Department Compton Station at (310) 605-6500. Those wishing to remain anonymous may call Crime Stoppers at (800) 222-8477. 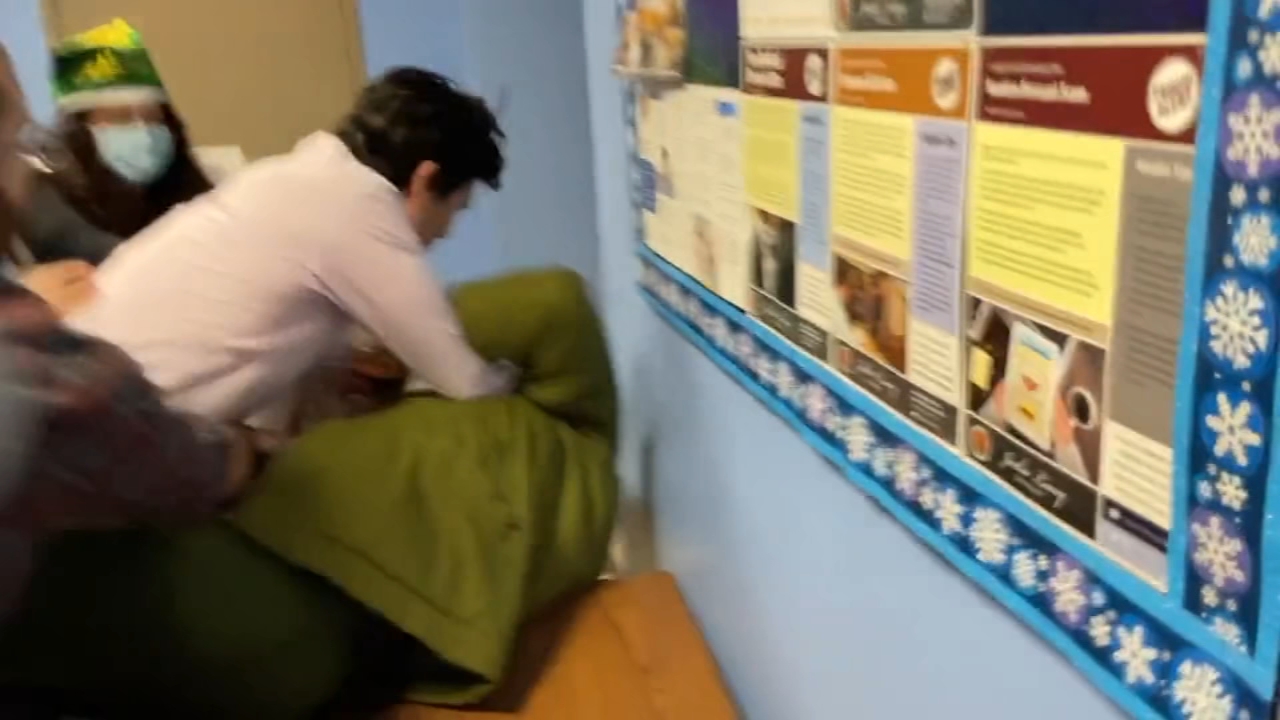