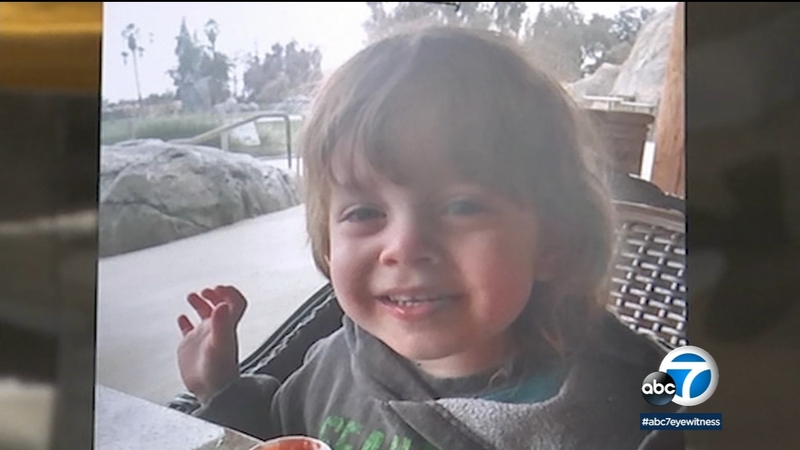 RESEDA, LOS ANGELES (KABC) -- As a stunned community mourns the loss of three children who were found stabbed to death at a Reseda apartment over the weekend, new details are emerging about the relationship between the kids' parents.

The children's mother, 30-year-old Lilliana Carrillo, is the sole suspect in the case and has been arrested for their murders.

Court documents show Carrillo has been involved in a custody battle with their father, Erik Denton, who requested her mental health be evaluated. In March, he sought custody of the children in Tulare County family court.

The grandmother of the 3-year-old, 2-year-old and 6-month-old victims found their bodies after returning home from work Saturday morning. Carrillo fled the area but was taken into custody in Tulare County after carjacking a vehicle in the Bakersfield area, authorities said.

On Sunday, residents and community members showed up at the apartment building in the 8000 block of Reseda Boulevard to leave flower bouquets, toys and candles on the sidewalk outside.

Gabriela Gomez, the godmother of the children, left photos of them at the growing memorial. The coroner on Monday identified the three victims as Joanna, Terry and Sierra Denton Carrillo.

"They were the... happiest kids I ever had around in my life and I never thought that we would have to lose them so soon," she said.

Gomez says her godchildren were joyful and full of life.

"They were everything to me and I wanted to spend every minute of the day with them, even after tireless days of work, I just want to be with them," she said.

Investigators are still trying to determine a motive.