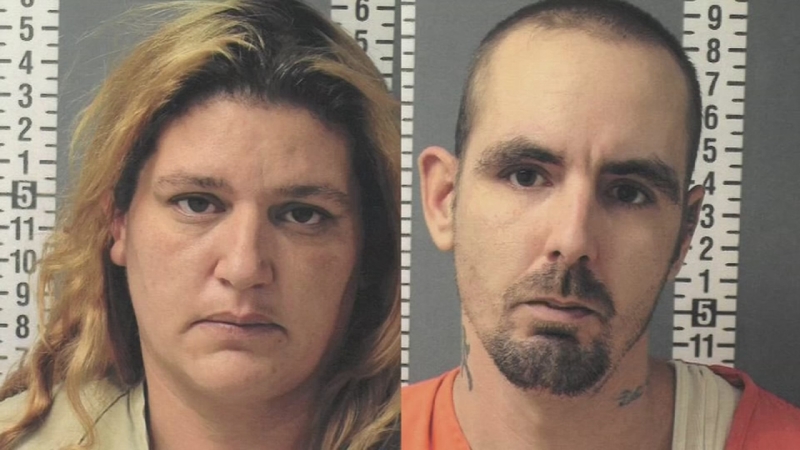 HALIFAX, Pa. -- Authorities in Halifax, Pennsylvania, said three young children were locked in a room for three months and abused to the point of near starvation.

A 5-year-old child found in the home weighed only 23 pounds, investigators said. The parents were facing numerous charges after being arrested.

"One of the girls was, probably according to the doctor was about a week away from dying," Dauphin County District Attorney Ed Marsico said.

Marsico said the children found in a home, under the care of Brandi Weyant and Joshua Weyant, and were nearly starved to death and beaten.

"They were locked in a room with no heat source, they were given no food we believe for the last few months, their weight was basically just skin and bone," Marsico said.

The owner of the house, Sheila Herb, said she had no idea what was going on behind closed doors.

"They need to rot in jail," Herb said.

"This is the room I'm told that they were locked in," she said.

According to court paperwork the children told police they were locked in their room and could not leave. Investigators said the children told them "they would have to pound on the wall to get someone to take them to the bathroom and they would urinate on themselves and on the bedroom floor when no one would come."

"Mold and lice. I'm told there's lice, bed bugs. You're going to want to shower when you leave here," Herb told a reporter.

The court paperwork said "the victims were found to be extremely disheveled with dirt, animal hair, urine and feces in their clothing and encrusted into their skin."

Inside the house, WHP-TV spoke to a man who said he lived there but did not want to appear on camera. He said he fed the kids each a single apple every morning, but he did not know they were being abused.

"The pictures in this case were terrible. To see these children, you knew that they were near death when you see the pictures," Marsico said.

The parents were facing numerous charges, the most serious of which was aggravated assault.

Both the homeowner and neighbors said they wish they had known so they could have helped.

"Them little kids, why didn't they just give them up instead of torturing them?" a neighbor, Fred Anderson, said.