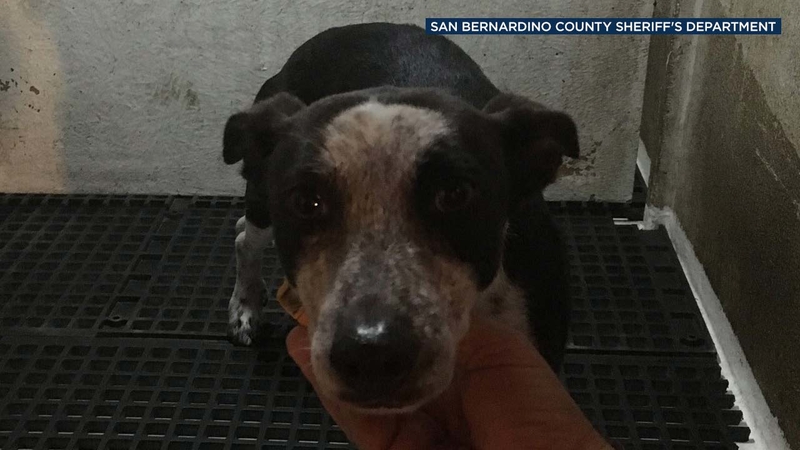 CHINO HILLS, Calif. (KABC) -- A 22-year-old man was arrested after he allegedly poured boiling water on his girlfriend's dog at an apartment building in Chino Hills, authorities said.

Investigators said two teenagers were in nearby Pinehurst Park about 5 p.m. when they noticed the yelping dog in a cage on a third-floor apartment balcony, the Southern California News Group reported.

The dog's yelping could be heard from 50 yards away, according to deputies.

Qu is accused of pouring scalding water from a tea kettle onto the animal at least five times. Sheriff's officials said there is video of the incident, but the footage will not be released because it is part of an ongoing criminal investigation.

The teens notified authorities, who responded to the unit and contacted Qu. The wet dog was found in the cage on the balcony. Deputies who found her said the canine was hot to the touch.

A deputy discovered a tea kettle on a warming plate while the suspect was being interviewed.

Inland Valley Humane Society officers were summoned to the location, where they took the dog into protective custody.

More than an hour after sheriff's officials first arrived, the water in the kettle was measured at 129 degrees, a deputy said.

Qu was arrested on suspicion of animal cruelty. He was later released on bail.

He told deputies that he didn't know the water was hot enough to scald the dog, and claimed he tried to add cold water.

The female dachshund mix, named Sophie, was taken to a veterinarian contracted with the Inland Valley Humane Society and will remain in the veterinarian's care for examination and observation.

Sophie was hooked up to an IV and was receiving treatment for first- and second-degree burns.

"It's very upsetting, because you don't treat your dog like that. A dog is part of the family. This is your family," said Fabiola Leon, of the Inland Valley Humane Society.