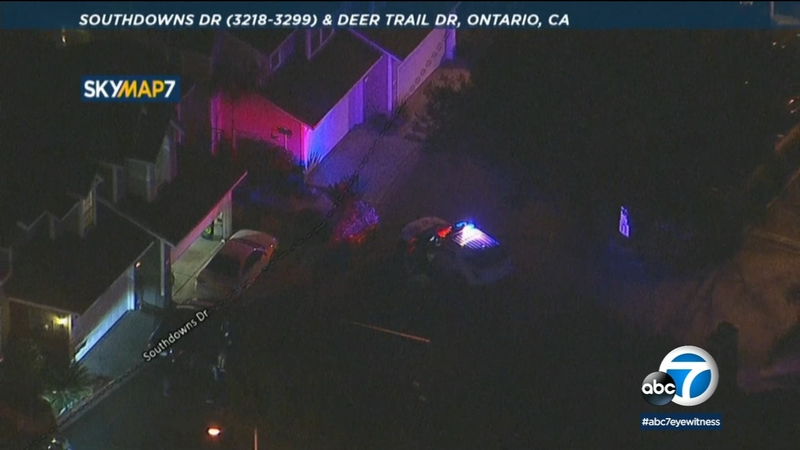 CHINO HILLS, Calif. (KABC) -- A man who was barricaded inside a Chino Hills residence was taken into custody after allegedly stabbing a deputy Monday evening, authorities said.

The suspect was barricaded inside a home in the 3200 block of South Downs Drive after a call at around 1 p.m. reporting that he was "acting erratically" and that his family feared for their safety, according to the San Bernardino County Sheriff's Department.

When deputies attempted to detain the man after trying to talk to him, authorities allege he armed himself with a knife and a deputy "sustained injuries to his arm."

The deputy was taken to a hospital and is expected to recover from the injury, the sheriff's department said.

A SWAT team arrived to the area as the suspect was holed up inside the home's bathroom.