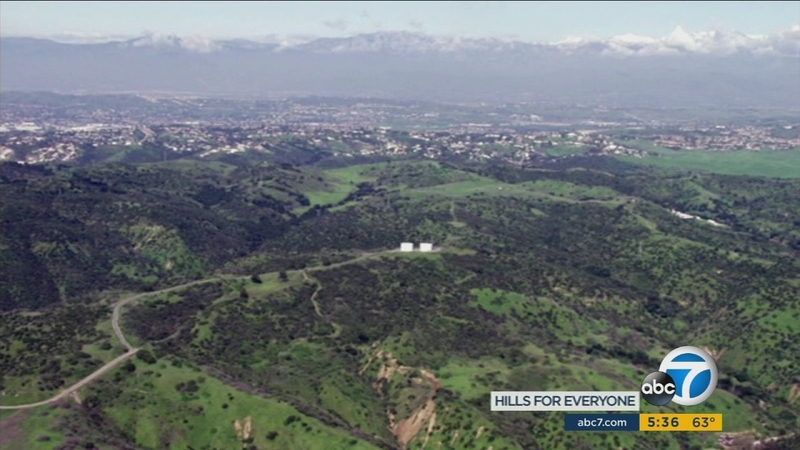 BREA, Calif. (KABC) -- Claire Schlotterbeck points to the hillside behind her Carbon Canyon home that for now will stay as is after her nonprofit group called Hills for Everyone won a lawsuit to prevent 162 homes from being built.

"I couldn't believe it. I was so thrilled," said Schlotterbeck, who has lived in the area for nearly 40 years and is one of the founders of nearby Chino Hills State Park.

The application for the Madrona Project was approved 15 years ago and faced controversy from the start: from traffic congestion along Carbon Canyon Road to the impact on open space and wildlife.

"It's the only documented mountain lion corridor where the wildlife move from Chino Hills across all the way to the Puente Hills," Schlotterbeck said.

She says fire danger is also a major concern. The Freeway Complex Fire burned through the hilly rural area of Brea in 2008.

Last year, Hills For Everyone filed a lawsuit against the city of Brea and the developer, Old Standard Life Insurance Company.

In his recent decision, the judge found that the environmental impact report on the development was not sufficient.

"They (city) used different numbers in different traffic analysis particularly when they were looking at greenhouse gas emissions," said Schlotterbeck.

Another big issue was Brea's Hillside Management Ordinance, which limits grading on steeper slopes. The city originally said the ordinance applied, but years later, it argued the opposite, saying it doesn't apply since it didn't mention Carbon Canyon.

But the judge disagreed.

The judge found the ordinance does apply to the development, and the project is barred.

In a statement, John Flynn, an attorney for the developer said, "We're disappointed with the decision and disagree with Judge Moss. We are reviewing with our client, the options, including appeal."

So far, there's no comment from the city attorney.