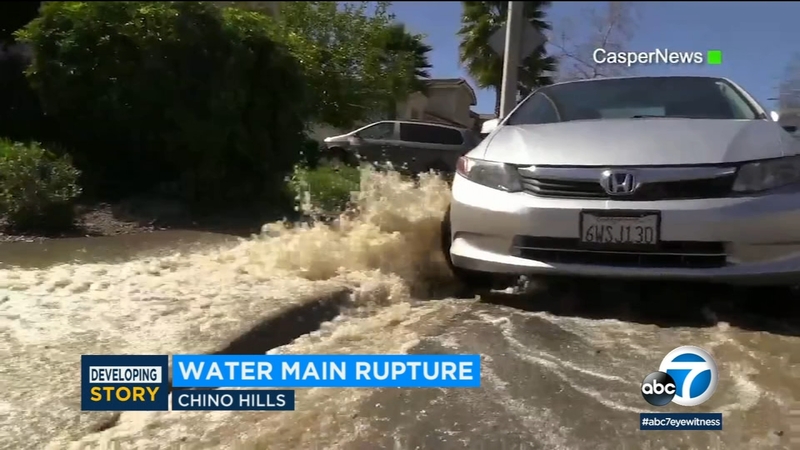 It happened around noon. Officials say a water line break undermined about half a mile of Rancho Hills Drive. The water created deep cracks and gaping holes on the street.

Officials closed off the street to traffic.

"When I drove up the street was completely concaved and indented," said local resident Josh Stoopes.

City crews arrived and shut off the water but the damage to the road is extensive. The water was not just flowing above the street, but under its surface.

"It's basically an underground river at this point," said fire battalion chief Tim Stewart. "The water has gone underneath the asphalt and it's undermining the street."