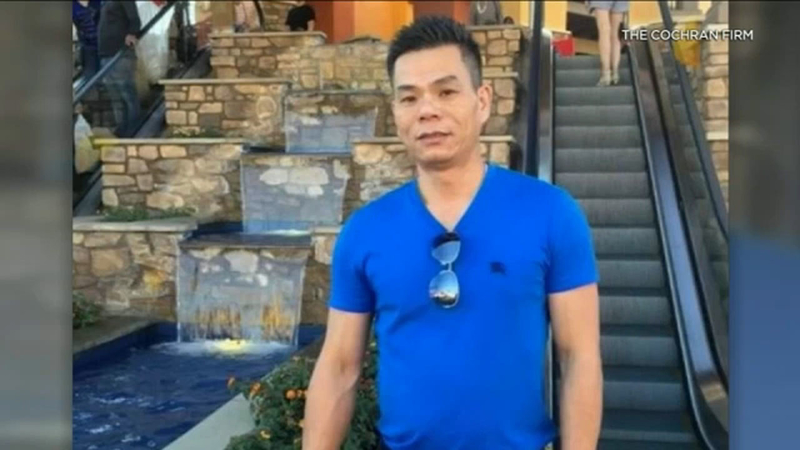 The family of a man killed by Chino police after an officer-involved shooting filed a lawsuit against the city. They claim the man was not armed, did not pose a threat, and did nothing to justify the force used against him.

They say the decision to file the lawsuit came after police released body camera video of the shooting, which happened on July 3rd on the 6800 block of Rockrose Street in Chino. Attorneys say 49-year-old Li Xi Wang of Fontana was hospitalized after he was shot, and then taken off life support days after the incident.

"When you kill a man, you have ended the justice system," said attorney Brian Dunn at a Wednesday morning news conference. "There is no due process. It is over."

"This particular shooting violated every training protocol that we have."

Chino police say the incident occurred as their special enforcement team was serving a search warrant in response to complaints about drug cultivation and trafficking. After three knocks at the door, body camera footage shows the police department entering the home, and first detaining a 53-year old woman. She was handcuffed and questioned by police, who were asking whether anyone else was inside the home.

The woman appears non-responsive, only shaking her head back and forth. She did not indicate whether she spoke English, although the family's attorneys say she did not.

Body camera video then shows the police department continuing to clear the home. Approximately seven minutes into the incident, police encounter Wang, who appears to be hiding behind a back door.

Police released body camera video of a deadly encounter between an officer and a suspect during a search of Chino home last month.

The video shows an officer asking to see his hands, who less than a second later fired his weapon at Wang.

"We know he did not speak English," said Dunn. "Did he know they were police? He could have easily believed he was being robbed."

Chino police say Wang and the woman who was detained were both operating an illegal marijuana grow house in the city of Fontana. In all, detectives seized 1,500 marijuana plants, $35,000 in cash and evidence of grand theft in excess of $105,000.

Chino police aren't commenting any further on the matter, beyond what was said by police chief Wes Simmons during the YouTube video of the body camera footage released last week.

"We honor and respect the value of all human life," said Simmons. "The use of force is a matter of critical concern both to the public and our police department... Conclusions will not be drawn about whether the officers acted within the law and our policies until all facts are known as the investigations are completed."