COVID-19 forced medical interns to learn virtually at CHOC Children's. One student is familiar with the hospital because he'd once been a patient.
KABC
By Tony Cabrera 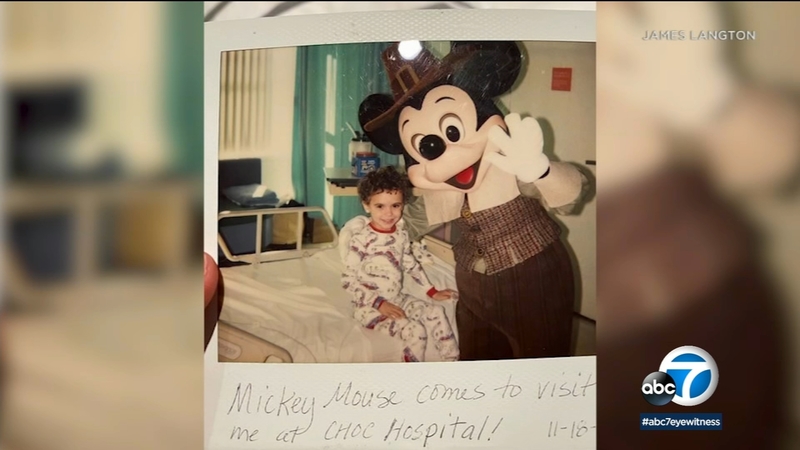 ORANGE (KABC) -- Laguna Beach native James Langton grew up with severe respiratory illnesses. He was in and out of CHOC Children's for treatment until he was 17-years-old.

So when he was accepted as a medical intelligence and innovation intern, he was ecstatic.

"I spent about 40 nights of my life in CHOC hospital. So to kind of have this whole 180 from patient to intern, it was awesome," he said.

But like many things this year, it almost didn't happen.

"When COVID hit, we were just in the middle of accepting and we got notification from the hospital that it's really probably not going to be safe for them to be in the clinical setting," said Dr. Sharief Taraman, the co-director of the MI3 program.

As they saw others canceling, he says they knew they had to find a way for theirs to continue.

"When you hit a roadblock, don't stop. Think creatively and let's figure out a way to get around it or go over it," said Taraman.

And they did. For eight months, dozens of interns learned remotely.

"I was on an iPad, so the doctor would go visit his patients, with social distance with a mask on and he would introduce the interns and we were on an iPad remotely," said Langton. "I got to shadow in neurology, I got to shadow in endocrinology, I shadowed in genetics."

"Coordinating a surgery to be telecast to the interns to be able to participate in a surgery was probably one of the most complicated, but we were able to pull that off," said Taraman.

When all was said and done, James said it solidified his desire to go into medicine and follow his dream of becoming a pediatrician.

"Granted, not being physically present, of course it's a bummer, but to still have that experience, to still have an internship, to witness what they do on a daily basis, I'm at a loss of words of how happy I was," said Langton.

CHOC is offering all virtual interns from the past summer a spot to return as an in-person intern next summer.
Report a correction or typo
Related topics:
educationorangelaguna beachorange countychildren's healthinternshiphospitalcovid 19 pandemic
Copyright © 2021 KABC-TV. All Rights Reserved.
More Videos
From CNN Newsource affiliates
TOP STORIES