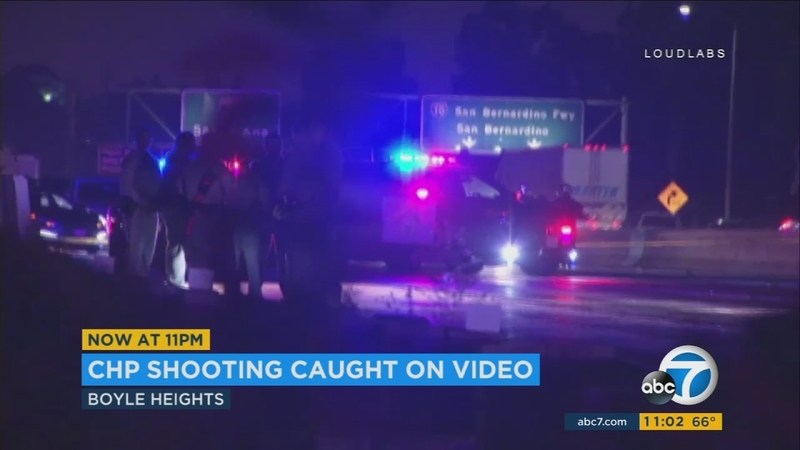 The incident happened about 11:50 p.m. after officers responded to multiple 911 reports of a pedestrian wandering on the 5, near the 10 Freeway interchange, according to the CHP.

An altercation took place between the armed man and the officers, resulting in the CHP deploying a Taser on the suspect followed by the fatal shooting, investigators said. No officers were injured.

The deceased man was identified as Eric Alvarez of Hacienda Heights.

SIGALERT CANCELLATION: NB I-5 AT I-10, ALL LANES ARE NOW OPEN

The knife was recovered at the scene, the CHP said.

Pedestrians on freeways "are a big problem across the state, specifically here in central Los Angeles," said Sgt. Saul Gomez, a spokesman for the highway patrol. "On any given night, our officers can respond to anywhere between 20 to 30 pedestrian calls -- that is, a pedestrian is on the freeway."

Two southbound lanes were reopened Sunday morning after a nine-hour closure at the location, where traffic was initially snarled in both directions. The closure of the northbound 5, between the 10 and Broadway, lasted until 11:15 a.m.