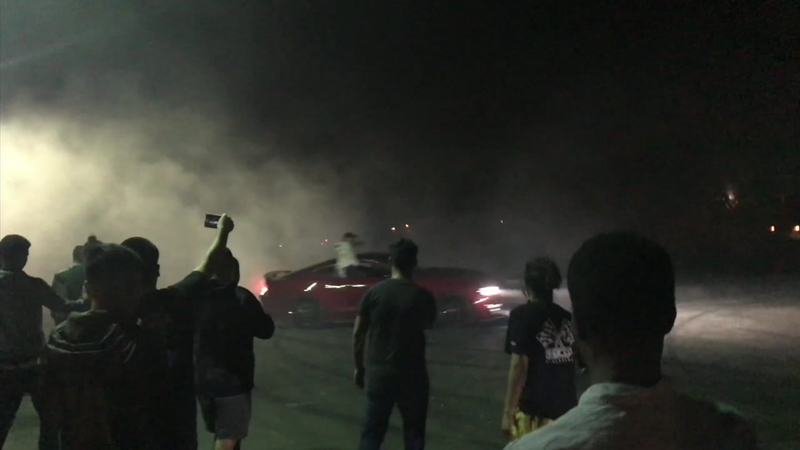 SAN BERNARDINO, Calif. (KABC) -- Authorities are investigating a series of street racing incidents in Los Angeles County and the Inland Empire that were apparently organized on social media.

Dozens of people gathered for the event, some cars even coming dangerously close to spectators.

The CHP says they got dozens of calls from people in the area who were concerned about the racing.