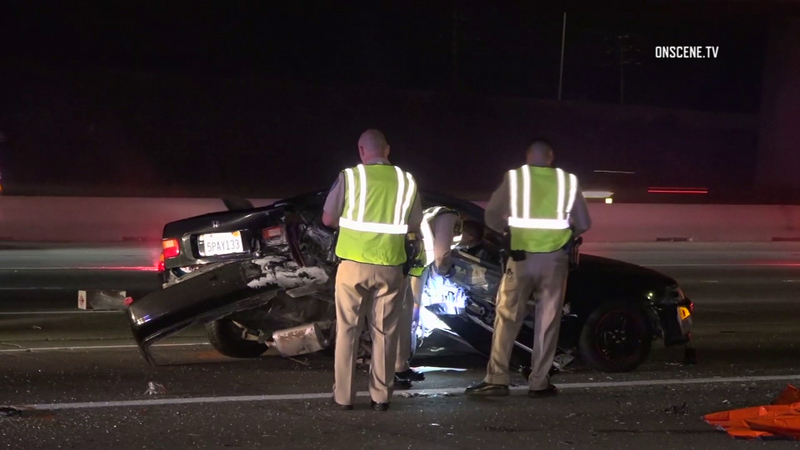 DIAMOND BAR, Calif. (KABC) -- A woman was struck and killed by a hit-and-run driver early Thursday morning on a freeway interchange in Diamond Bar after surviving an initial crash involving another vehicle, authorities said.

The incident was reported shortly before 12:30 a.m. on the transition road from the northbound 57 Freeway to the eastbound 60 Freeway, a California Highway Patrol spokesperson said.

Investigators believe the unidentified victim got out of her vehicle following the first collision and was then hit by a passing car, which did not stop. She was pronounced dead at the scene.