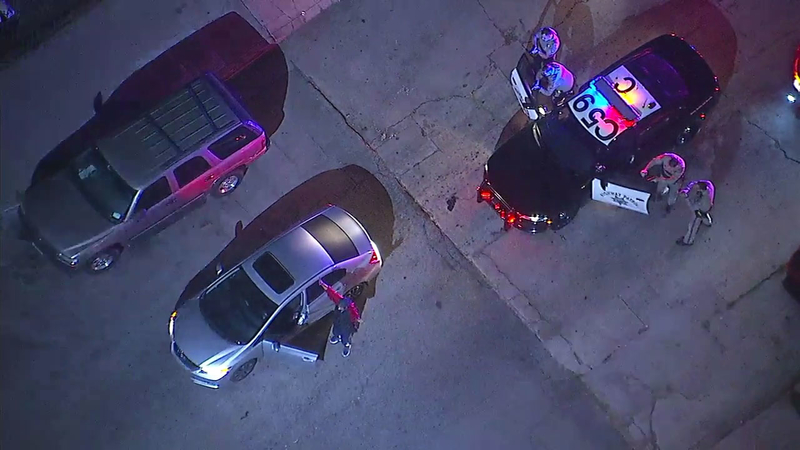 SOUTH LOS ANGELES (KABC) -- Authorities chased a suspect at high speeds on various freeways before losing the person and then finding the vehicle again about 20 minutes later in Los Angeles County.

The chase started in the Granada Hills area when the suspect was wanted for speeding and failing to yield to California Highway Patrol.

The suspect fled through surface streets, then got on the 118 Freeway. The vehicle reached speeds over 100 mph as the driver wove through traffic. The suspect eventually got onto surface streets near downtown Los Angeles and CHP officers lost it.

About 20 minutes later, authorities found the suspect again on the northbound 110 Freeway. The suspect again traveled at high speeds on the 105 Freeway, transitioned back onto the 110 Freeway and then exited Manchester Boulevard.

After traveling on surface streets for a short time, the suspect eventually stopped his vehicle at 83rd and Flower streets and exited with his hands in the air.