CHP officer hospitalized after being struck on 10 Freeway in Mid-City area; suspect in custody 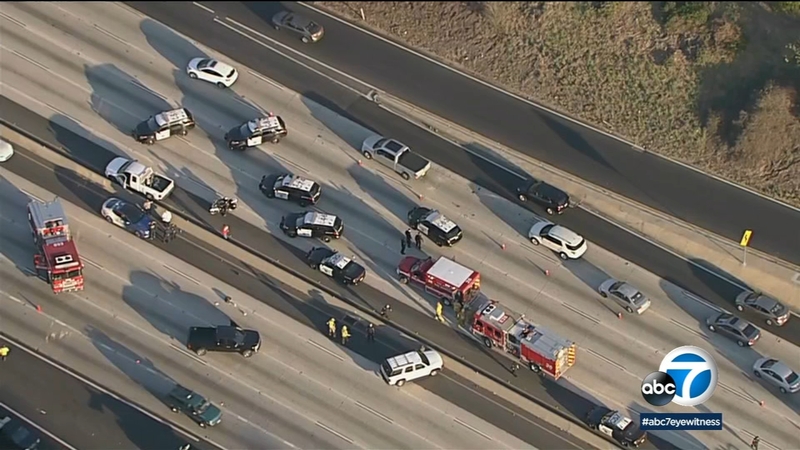 CHP officer hospitalized after being struck on 10 Freeway

LOS ANGELES (KABC) -- A suspect was taken into custody after a California Highway Patrol officer was struck and injured Monday morning on the 10 Freeway in the Mid-City area of Los Angeles, authorities said.

The incident occurred shortly before 7:30 a.m. near Arlington Avenue as the officer was investigating a report of a pedestrian on the freeway, a CHP spokesperson said.

The severity of the officer's injuries were unknown. News video from AIR7 HD showed an ambulance transporting the officer to a hospital.