SACRAMENTO, Calif. (KABC) -- A moving "end of watch" tribute was held Monday to honor a CHP officer who was killed on duty in Lake Elsinore.

A ceremonial bell ringing was held at the CHP academy in Sacramento, with dozens of officers attending to salute and honor fallen Sgt. Steve Licon.

The patrol sergeant had pulled over a car for speeding Saturday on the 15 Freeway in Lake Elsinore when a car driven by an allegedly drunk driver crossed over the shoulder and struck him.

Licon died at a nearby hospital.

Michael Callahan, 36, of Winchester was booked on suspicion of murder and driving drunk in connection with Licon's death. He was being held without bail.

The 53-year-old sergeant had been with the CHP for 27 years and was preparing to retire within a year. He is survived by his wife, daughter and stepdaughter.

He has been described as a selfless, dedicated public servant. Flags throughout the state are being flown at half-staff to honor his memory. A memorial of flowers and other tributes has been placed at the Riverside station where he was based.

Anyone who wishes to donate to the Licon family can contribute to the Sgt. Steve Licon Memorial Fund, managed by the CHP's credit union. 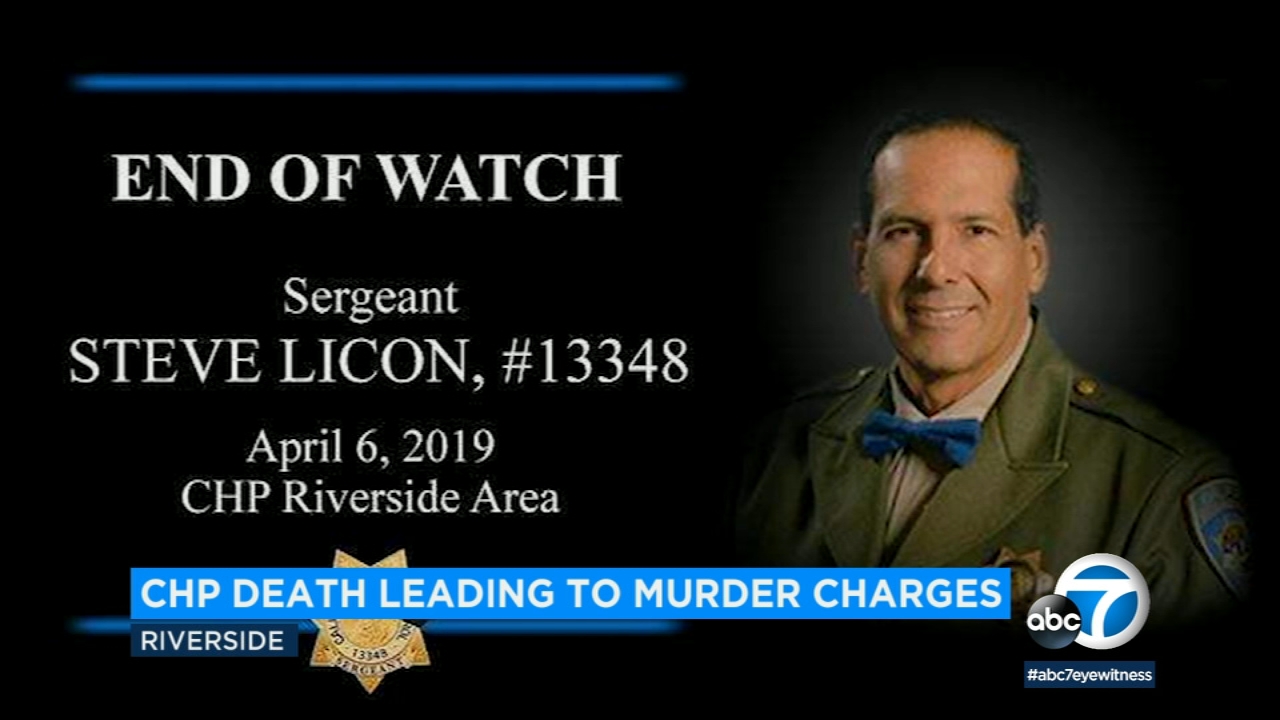 The Southern California law enforcement community is mourning the death of a CHP sergeant who was killed in the line of duty by a suspected drunk driver.