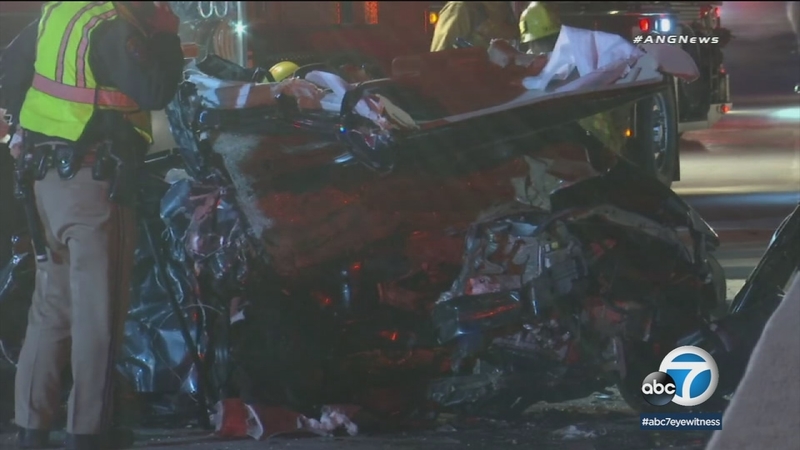 The two-vehicle collision happened just before 2 a.m. near Wheatland Avenue, according to the California Highway Patrol.

They said a man in his 30s was driving a Chevrolet Impala westbound in the eastbound lanes when the driver slammed head-on into a Toyota Corolla.

The three people who died at the scene included the wrong-way driver, who was alone in his vehicle, investigators said.

Three women, described as being in their 50s and 60s, were in the second vehicle; two of them died at the crash site and the other succumbed to her injuries at a hospital, the CHP said.

The names of the victims were not immediately disclosed.

Officers said they do everything they can to prevent these tragedies.

"Everyone just goes as fast as they can to try and stop something like this from happening. Unfortunately today, we didn't make it," said CHP Officer Craig Mogi.

It was unclear if drugs or alcohol were a factor in the incident, investigators said.