Officials have released the names of the four people who were killed early Sunday morning in a head-on collision on the 210 Freeway in Lake View Terrace.

LAKE VIEW TERRACE, LOS ANGELES (KABC) -- Officials have released the names of the four people who were killed early Sunday morning in a head-on collision on the 210 Freeway in Lake View Terrace.

Minutes after the California Highway Patrol received reports of a wrong-way driver on the eastbound 210 at Ocean View Boulevard, the westbound driver of a 2011 Chevrolet Impala collided with a 2015 Toyota Corolla near Wheatland Avenue, according to a news release.

The occupants of the Corolla were identified by the Los Angeles County coroner's office as Ana Patricia Zuniga, 56; Patricia Guadalupe Araujo, 60; and Dinora Elizabeth Ortiz, 62, all of Baldwin Park.

The solo driver of the Impala was identified as Ruben Adrian Gonzalez, 30, of Chatsworth.

Gonzalez and two of the women in the other car died at the scene, the CHP said. The driver of the Corolla was transported to Providence Holy Cross Medical Center in Mission Hills, where she succumbed to her injuries shortly afterward.

The CHP issued a Sigalert and initially closed all eastbound lanes at the scene. The impacted side of the interstate was fully reopened by 7:40 a.m.

An investigation was ongoing into whether drugs or alcohol played a role in the crash, the highway patrol said.

Anyone with information about the incident is asked to call Officer Bejar of the Altadena office at (626) 269-8100. 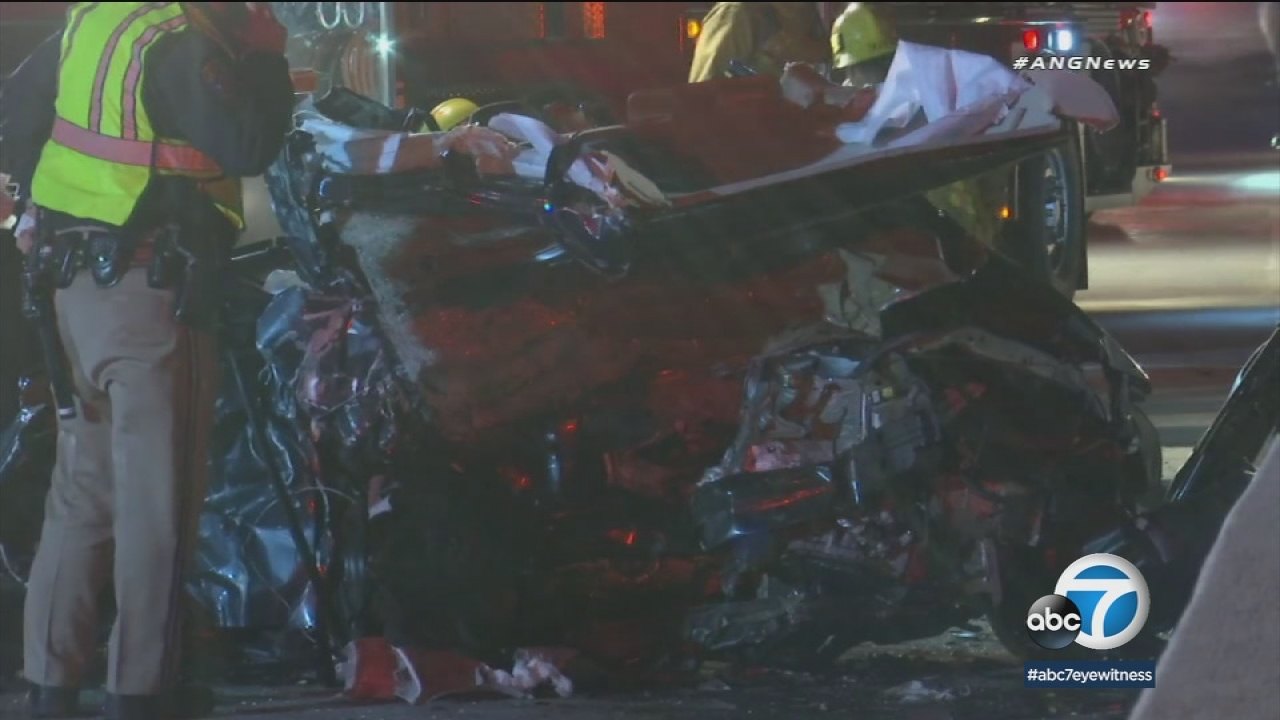