Vigil held in hometown of Christina Grimmie, contestant on 'The Voice' 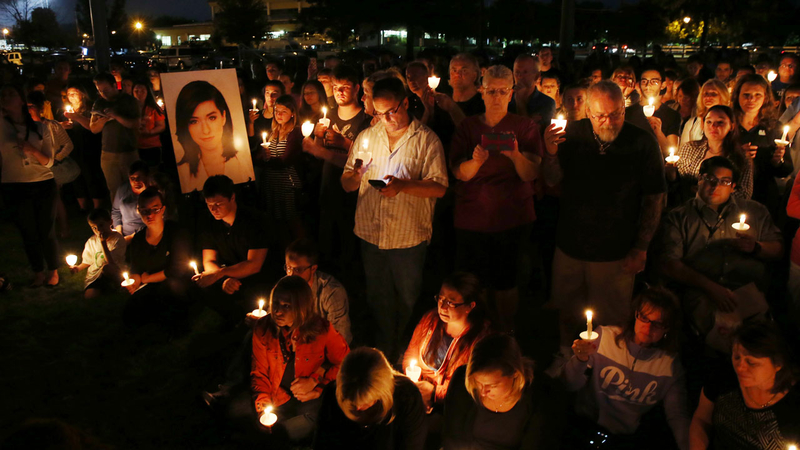 EVESHAM TOWNSHIP, N.J. -- Hundreds of people have gathered for a candlelight vigil in the New Jersey hometown of a singer who was gunned down after a Florida concert.

Grimmie was killed Friday night as she signed autographs after a show in Orlando. Authorities say she apparently had no personal connection to the man who shot her.

The gunman fatally shot himself after being tackled by her brother, who spoke at the vigil. Marcus Grimmie told the crowd that his sister "loved this town."