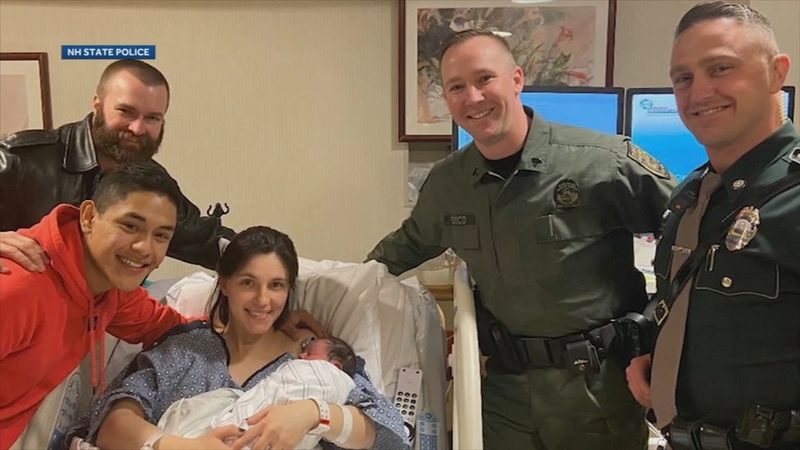 A New Hampshire couple got an unexpected Christmas gift with the birth of their baby boy on an interstate.

Mother Brooklyn Whitney wasn't due for another week, but told her husband it was happening early and they left for the hospital.

They were less than 10 miles from the hospital when she said they had to pull over, WMUR-TV reported.

"We were like, 'OK. It's happening. It's coming right now,'" said Jacob Pachner.

Pachner had no time to think as his son was about to be born on the side of Interstate 93 on Christmas morning.

"It was all happening so fast. It was a lot of, just shock," he said.

Pachner was on the phone with 911 preparing for his arrival when Boscawen Officer Ryan Nolan showed up.

"It was something. It was the craziest call I've ever been on," Nolan said.

Nolan had never delivered a baby before, but he knew he had to act.

"Contractions were pretty close to each other, like 30 seconds apart," he said. "I know Concord Hospital is right down the street, but when contractions are that close, it's time to go."

Everyone worked as a team to bring baby Domenic Reese Pachner into the world.

"All the officers and ambulances that showed up, we're very grateful for them," Jacob Pachner said.

Dominic was originally due on New Year's Eve, but instead he decided to show up on Christmas at 12:30 a.m.