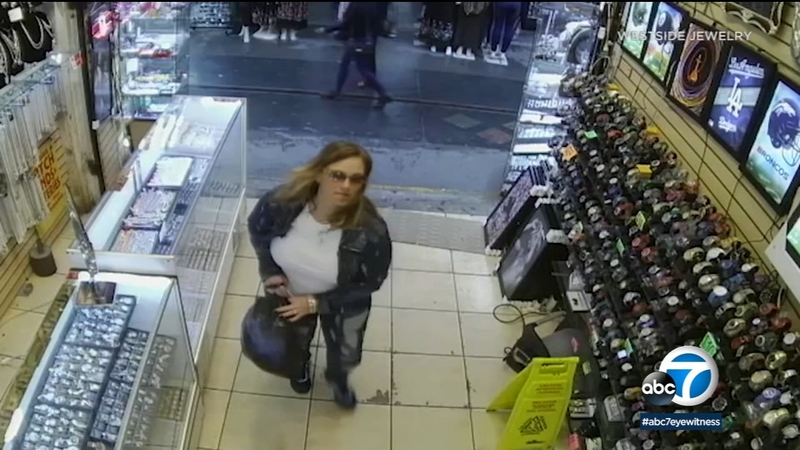 LOS ANGELES (KABC) -- A man doing his Christmas shopping in Santee Alley had what was left of his paycheck and all his shopping money stolen Friday.

Trinidad Madrigal was shopping at Westside Jewelry when he dropped an envelope with $940 in cash. Surveillance footage shows a woman picking up the envelope and putting it inside her purse.

"I can't believe that people are so cold-hearted especially during Christmas time. They can't at least say, 'Hey, did somebody drop something?' You could tell that they were really happy sticking it in their pocket," Trinidad said.

Madrigal went back to the jewelry store where he'd dropped the money and he and the store owner reviewed surveillance footage.

Video shows a woman picking up the envelope and placing it in her purse, before the woman and a man walked out together.

"I'm on disability. My checks are for $1,250 and after I paid some bills $940 is all the money that I had left. I have five kids and lots of brothers and sisters. This weekend was all about Christmas gifts for the family...so that's put on hold," Trinidad said.