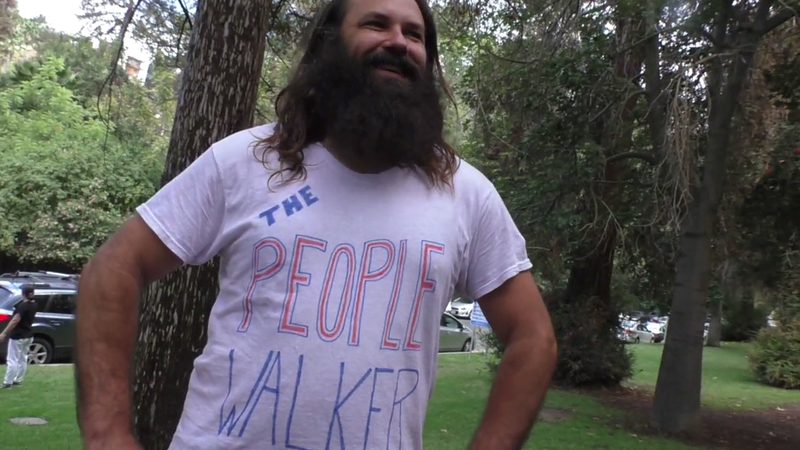 GRIFFITH PARK, LOS ANGELES (KABC) -- A local actor has created a new job to help supplement his income from his acting career by becoming a people walker.

Chuck McCarthy is an actor who doesn't have a lot on his resume just yet, though he did star in a promo for "Pete's Dragon." But like most Hollywood actors, he needed a second job to help pay the bills.

That's when he thought maybe being a dog walker would be cool, until he realized it's more than just walking.

"I didn't want to pick up dog poop, and that's kind of what you're getting paid for, really, for dog walking," he said.

Then he thought about taking the dogs out of the equation, and that's when Chuck the actor became Chuck the people walker.

"I charge $7 a mile, and there are no leashes," he said. "Walking is great exercise."

Once McCarthy posted his signs around town, the phone started ringing. So who would want to be walked when it's something you can do for free? It appears to be more about the comradery that comes from the walk.

McCarthy said he while he hopes his acting career will soon take off, he is proud of his people walking gig.